Christybomb is the ultimate bedazzler. Armed with an arsenal of crafts and tweezers, she transforms the ordinary into extraordinary with ultraprecision, resulting in circus-like, mixed media mosaics that are textural, colorful, and bold. The idea of making something out of nothing—with ingredients that are largely frivolous or even throwaway in nature—is a key element in her creative process. When she’s not riding her unicorn, she splits her time between New York City and Charleston, spreading the joy of sparkles wherever she goes!

We had the pleasure of having Christybomb as guest artist in “Theriomorphism V”, group show curated by Okuda San Miguel and organized by Ink and Movement in February 2018, Madrid 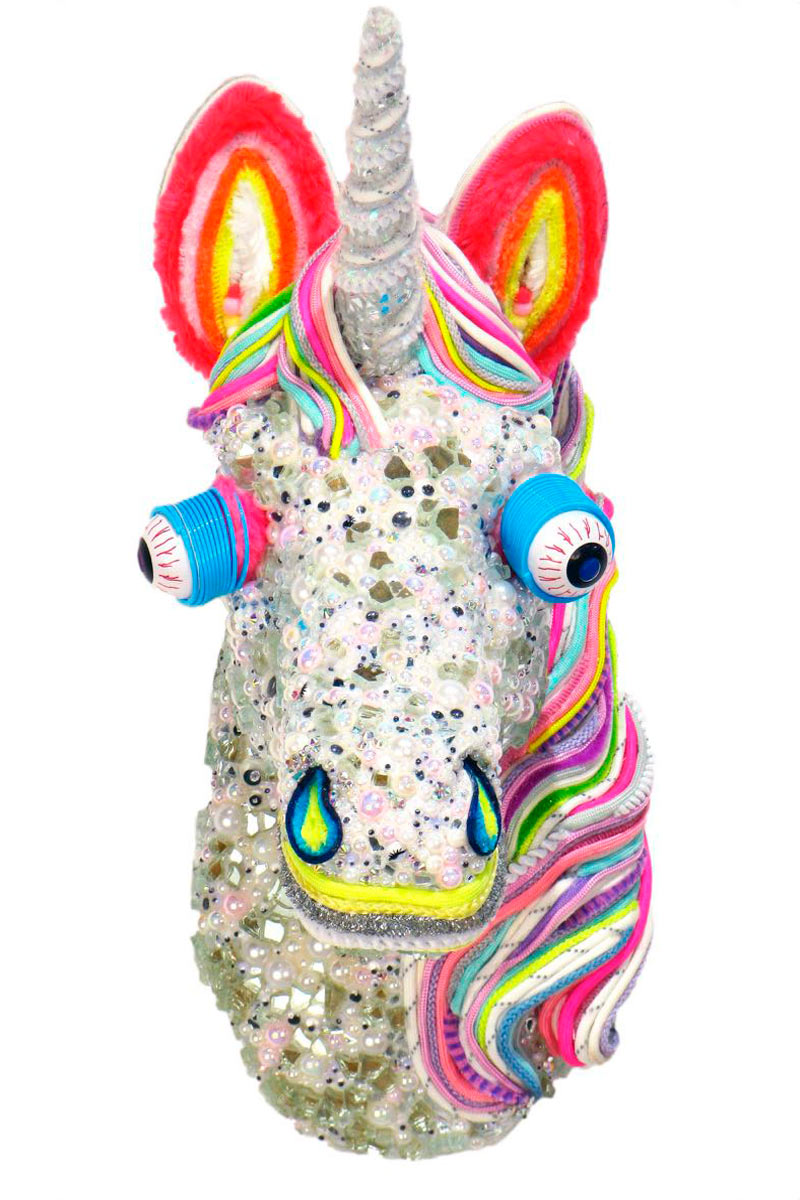 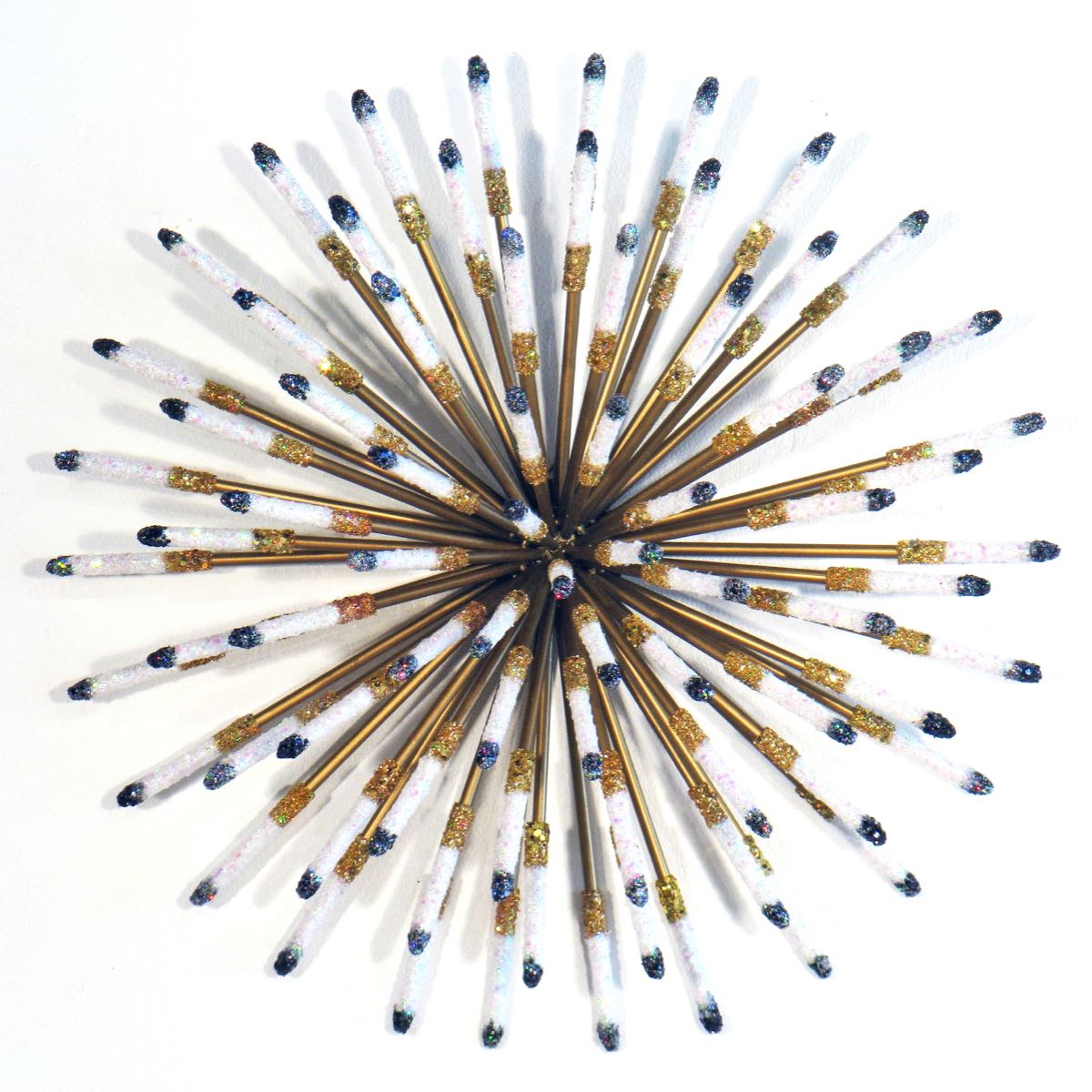 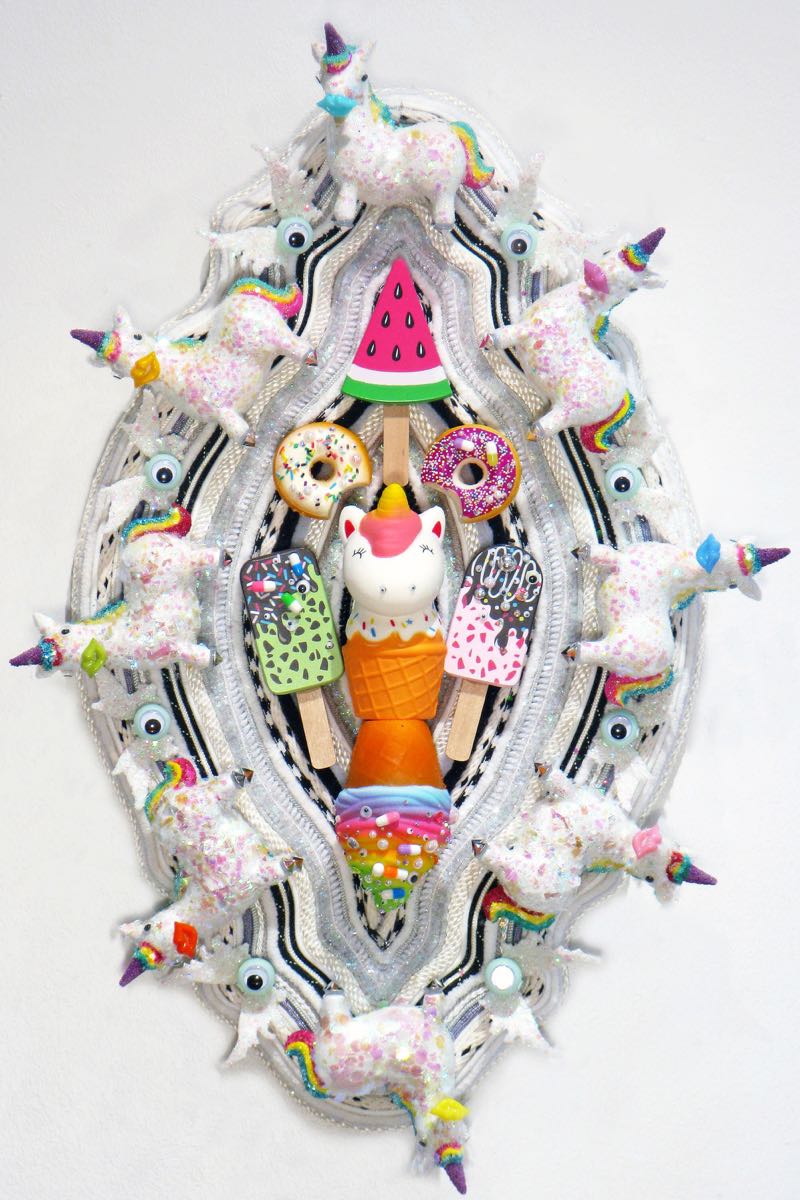 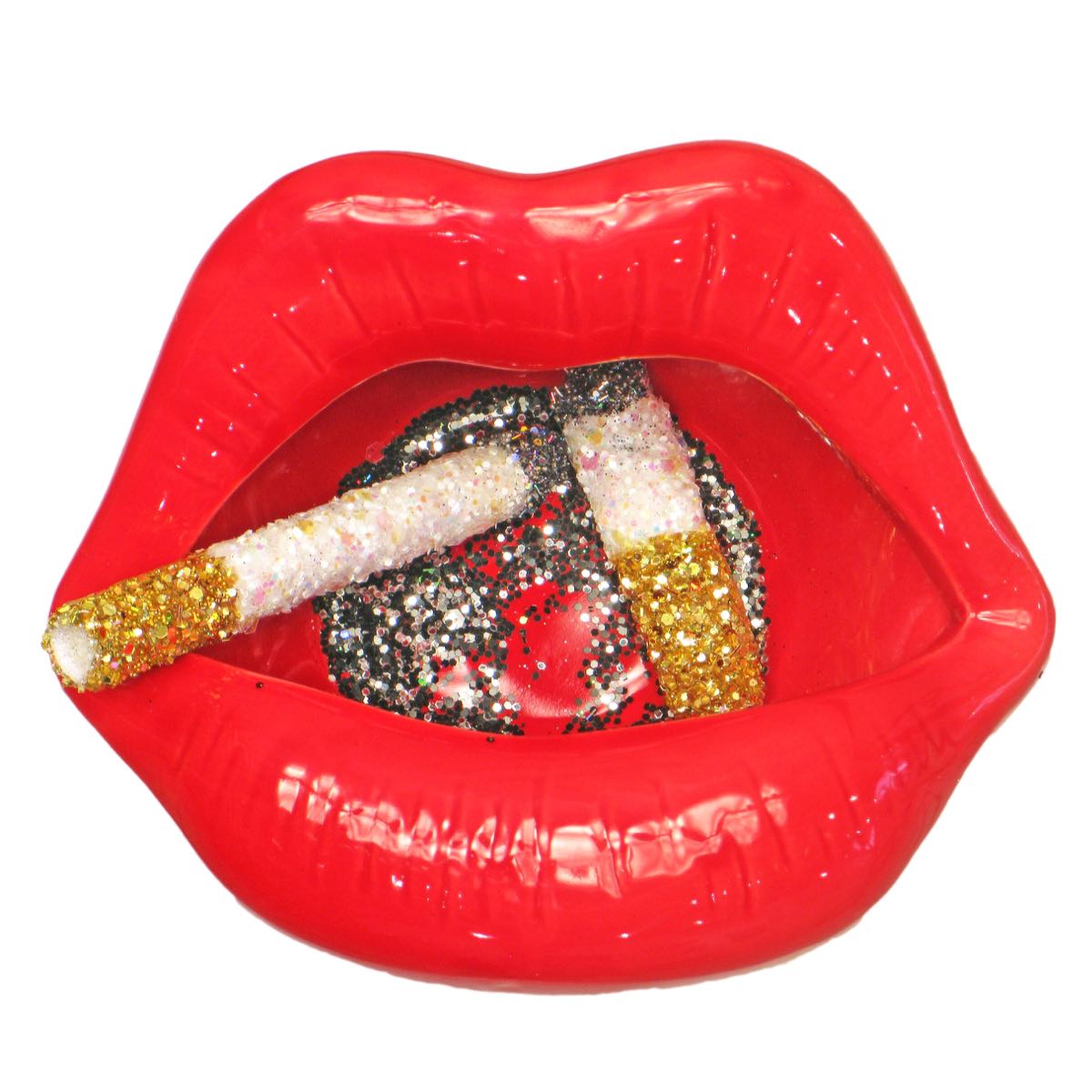 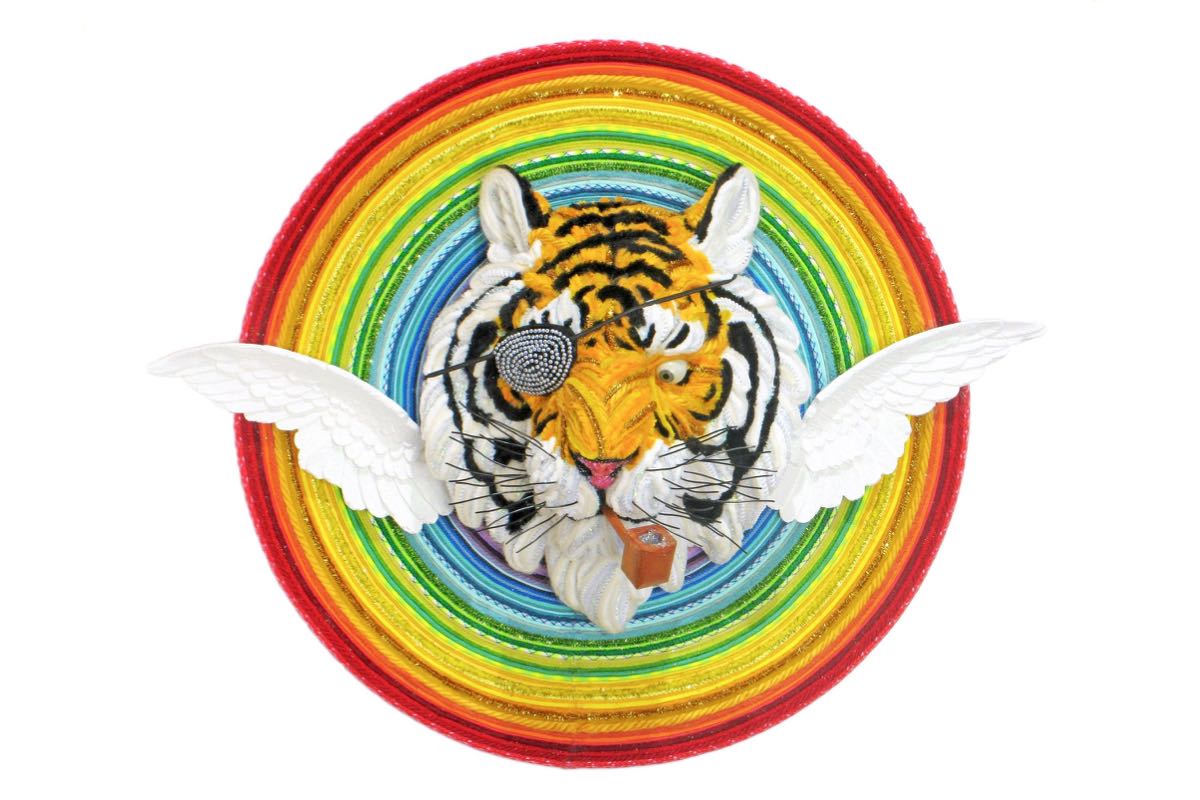 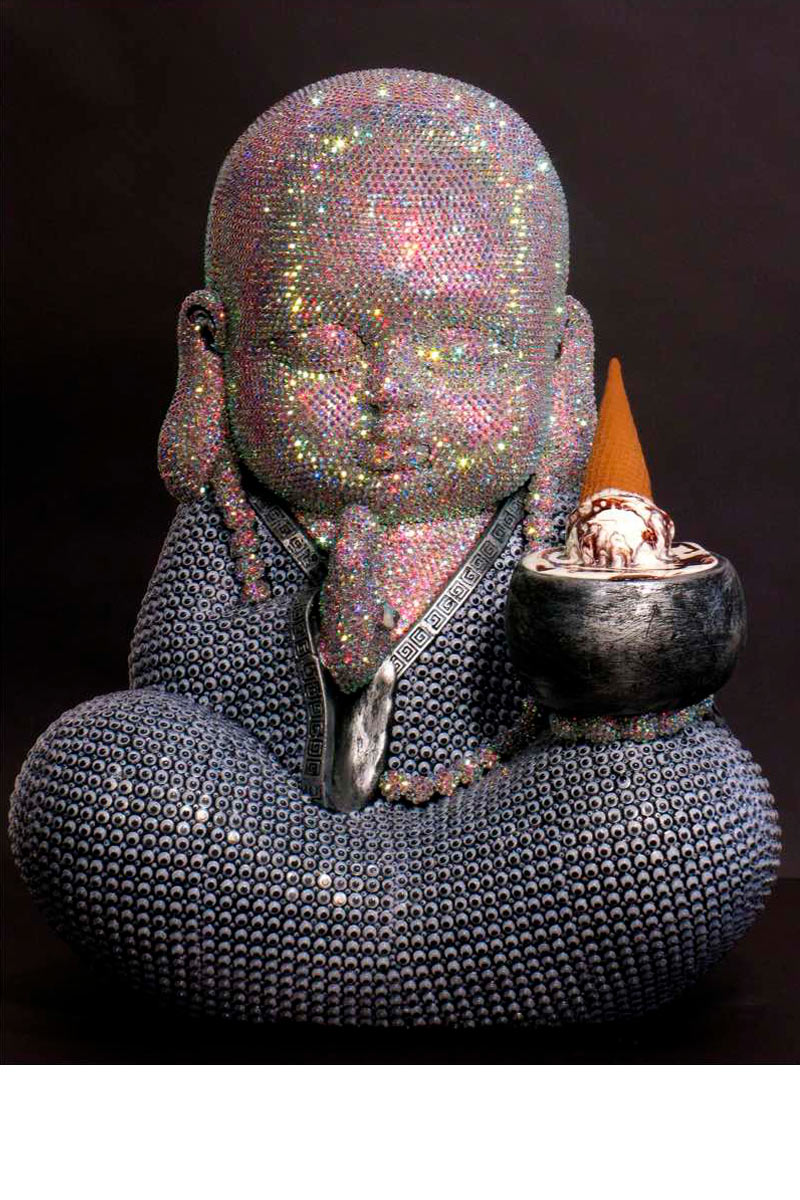 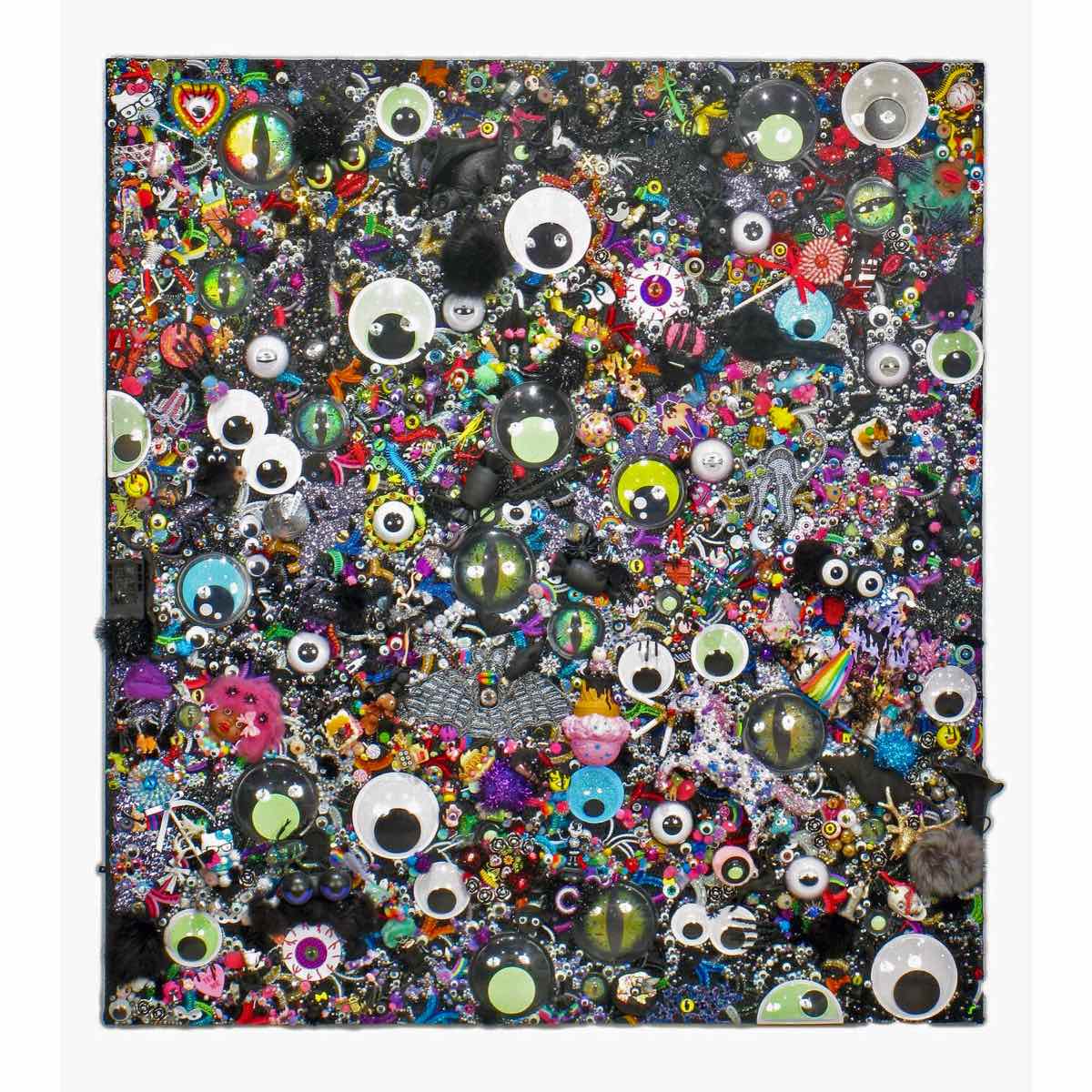 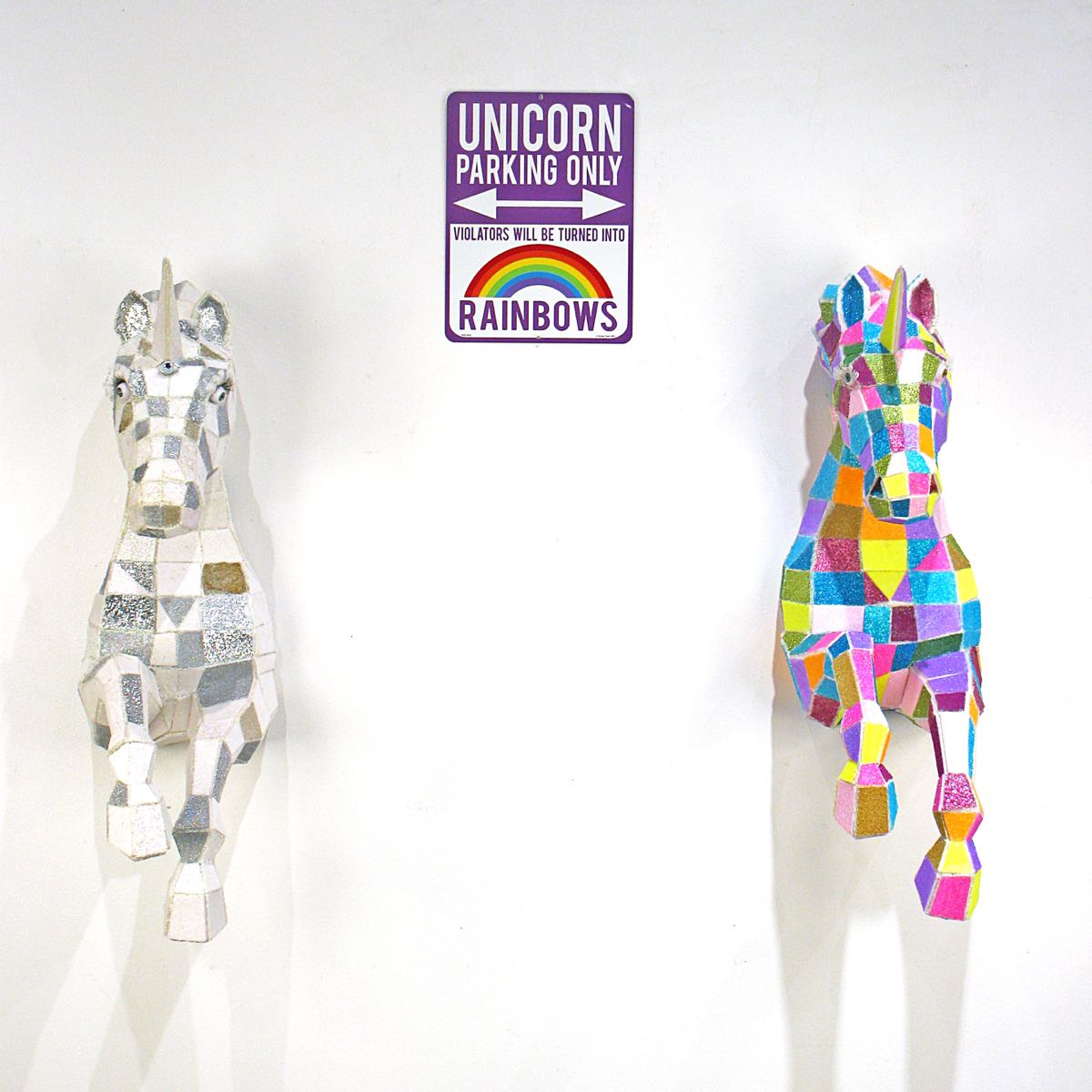 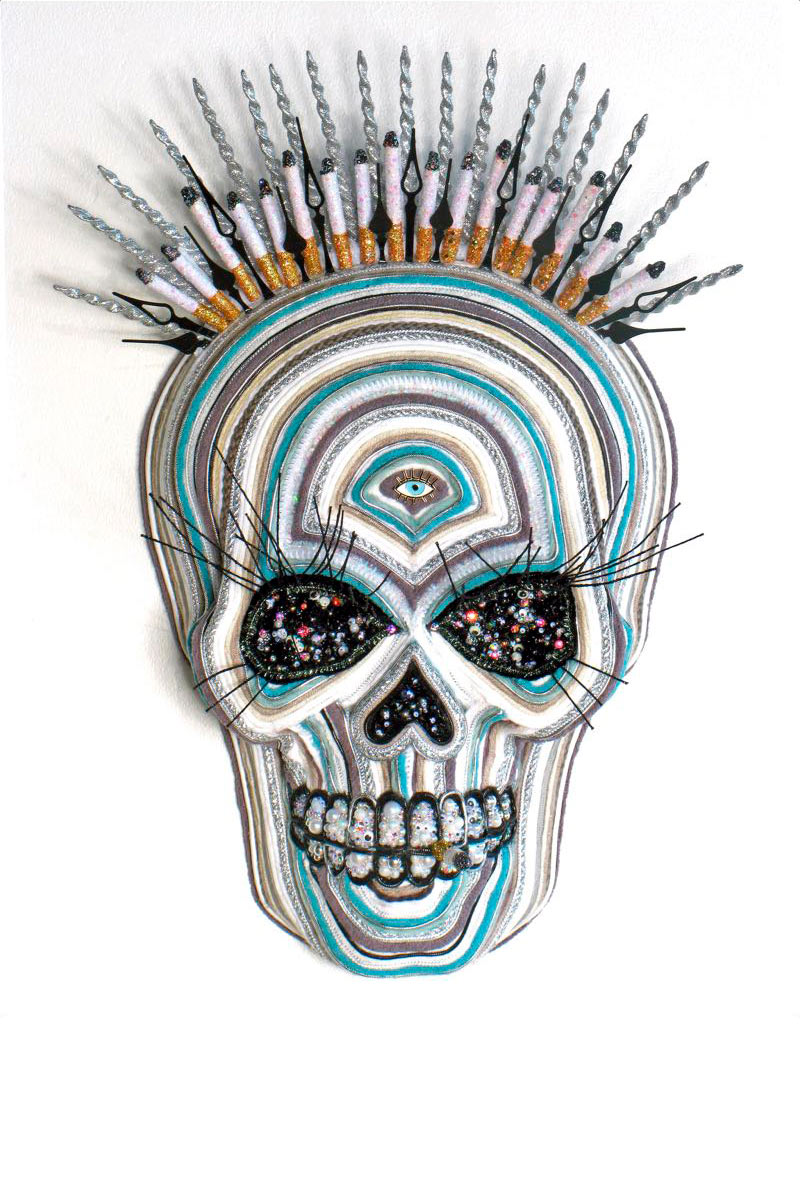