Sabek is a Spanish artist, who starts and develops part of his career in Madrid. He begins his work intervening the streets and abandoned places around Madrid where he develops his style. Later he began to produce more graphic work and experimenting with different techniques in addition to his work on the walls. Its unmistakable style is recognized by the representation of shapes and colors of natural origin, inspired by vegetables and organic rounded forms. This iconography inspired by nature is mixed with curved lines and the main reason to create a perfect balance very similar to what happens in nature. The main figures are stylized black figures that represent animals such as the wolf or the eagle. Noble and powerful animals that provoke a strong sense of respect. 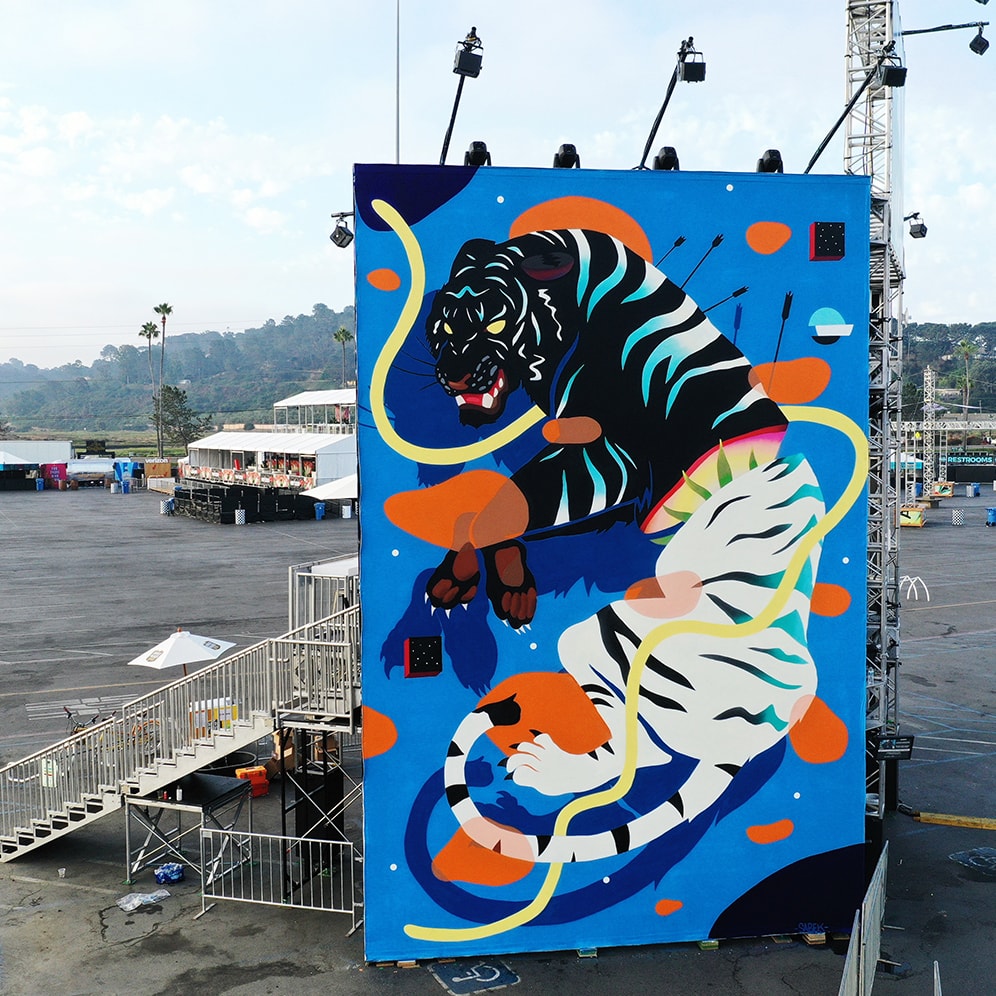 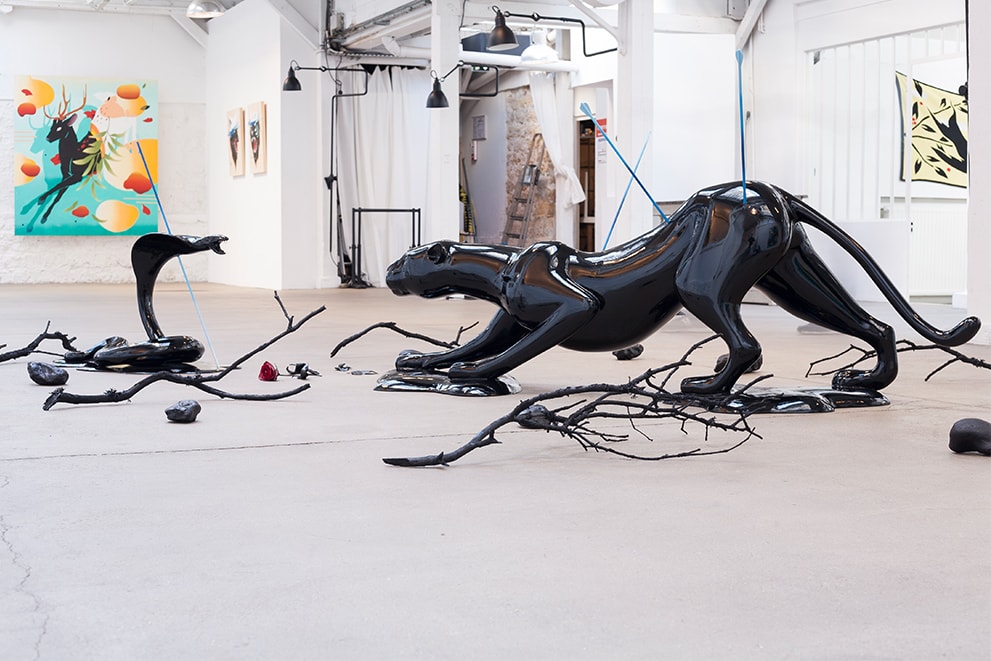 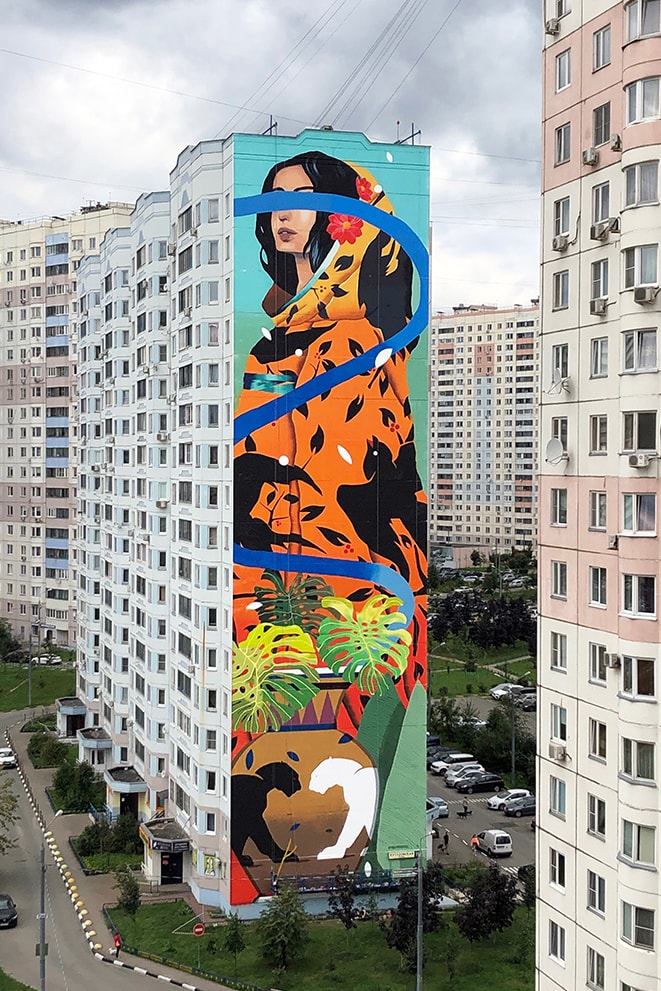 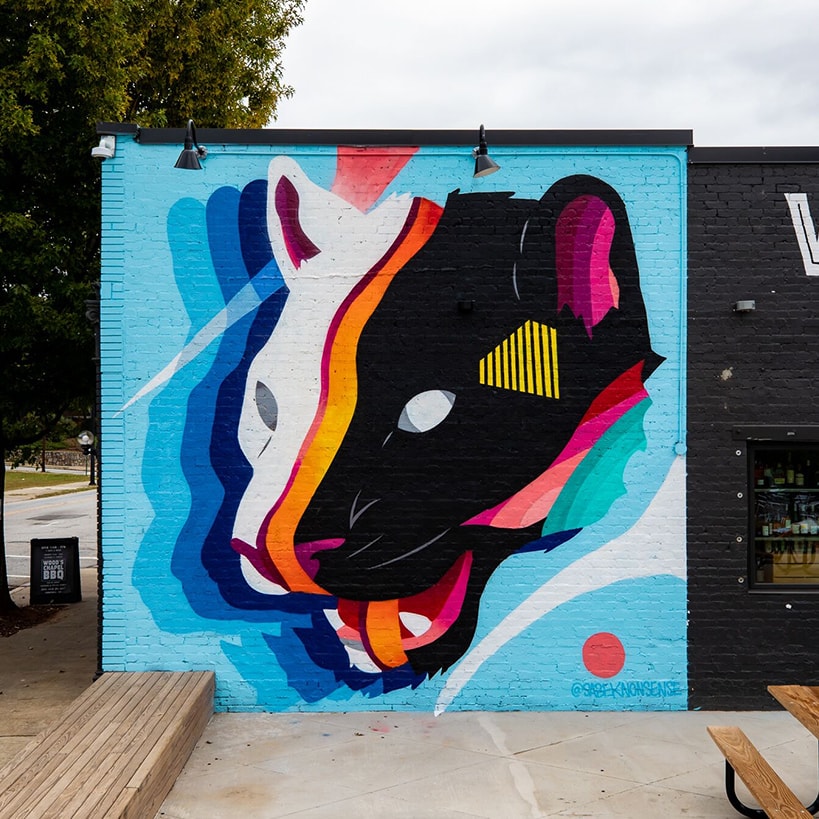 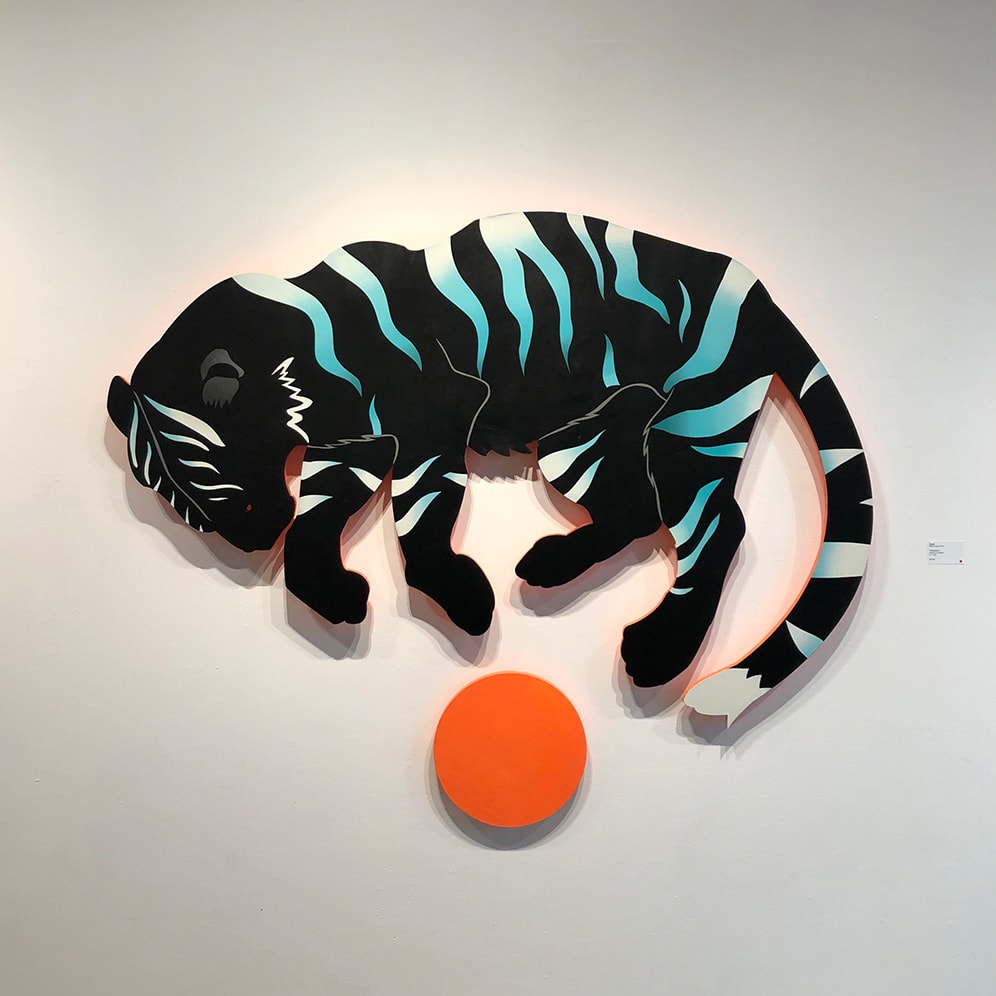 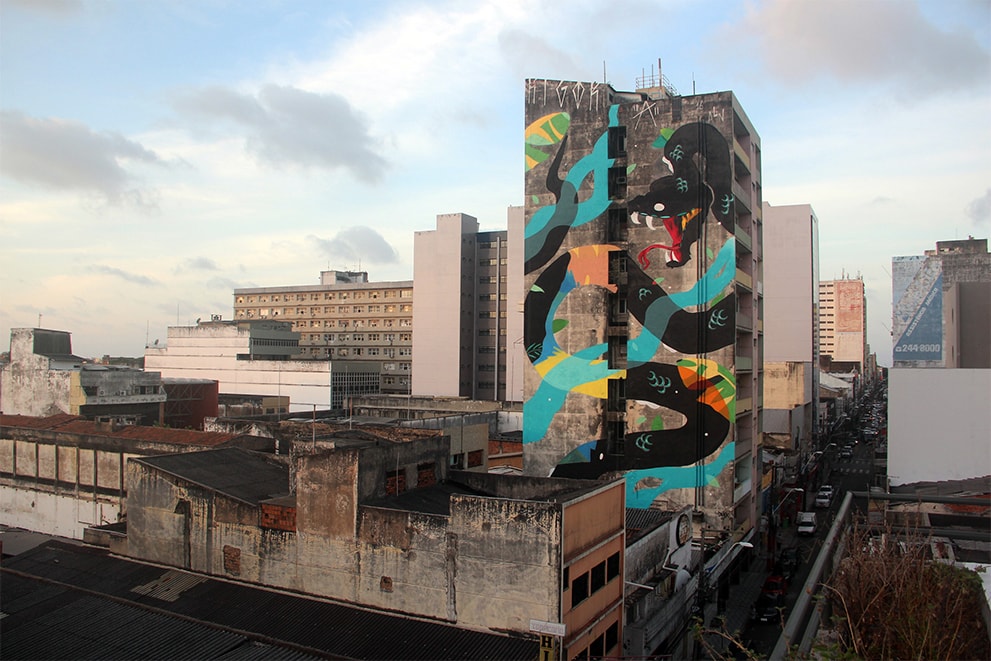 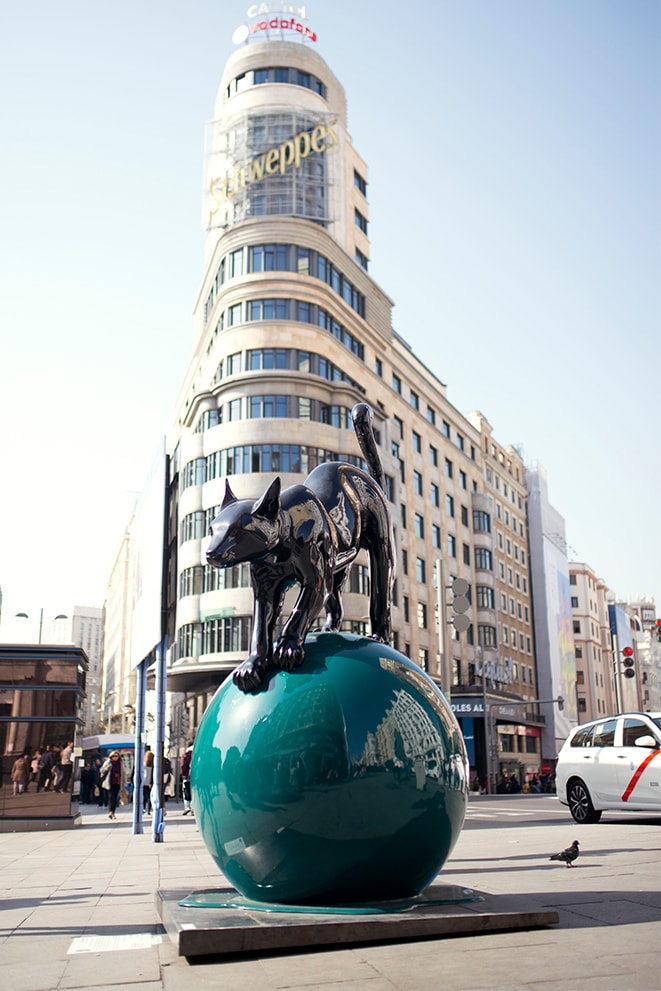