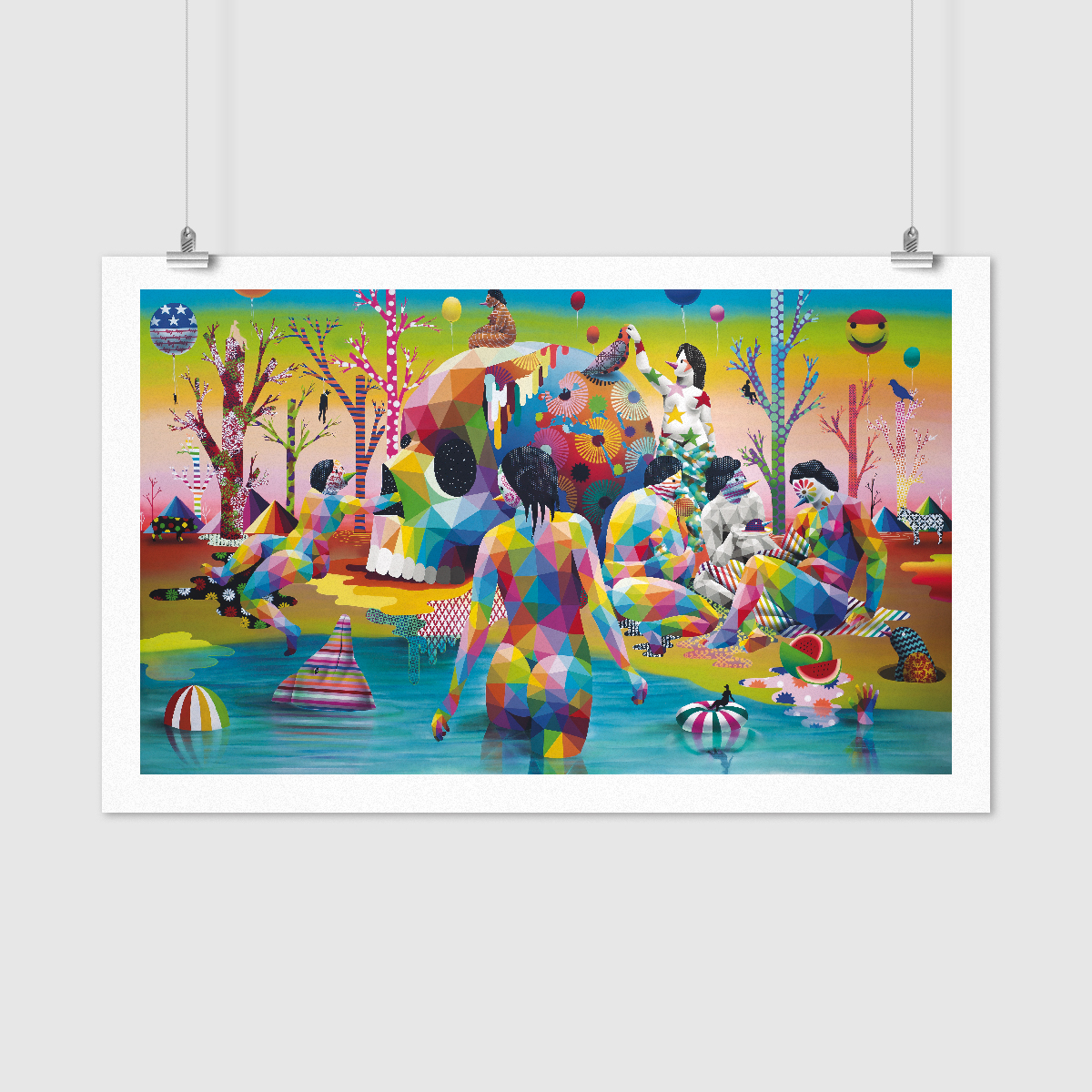 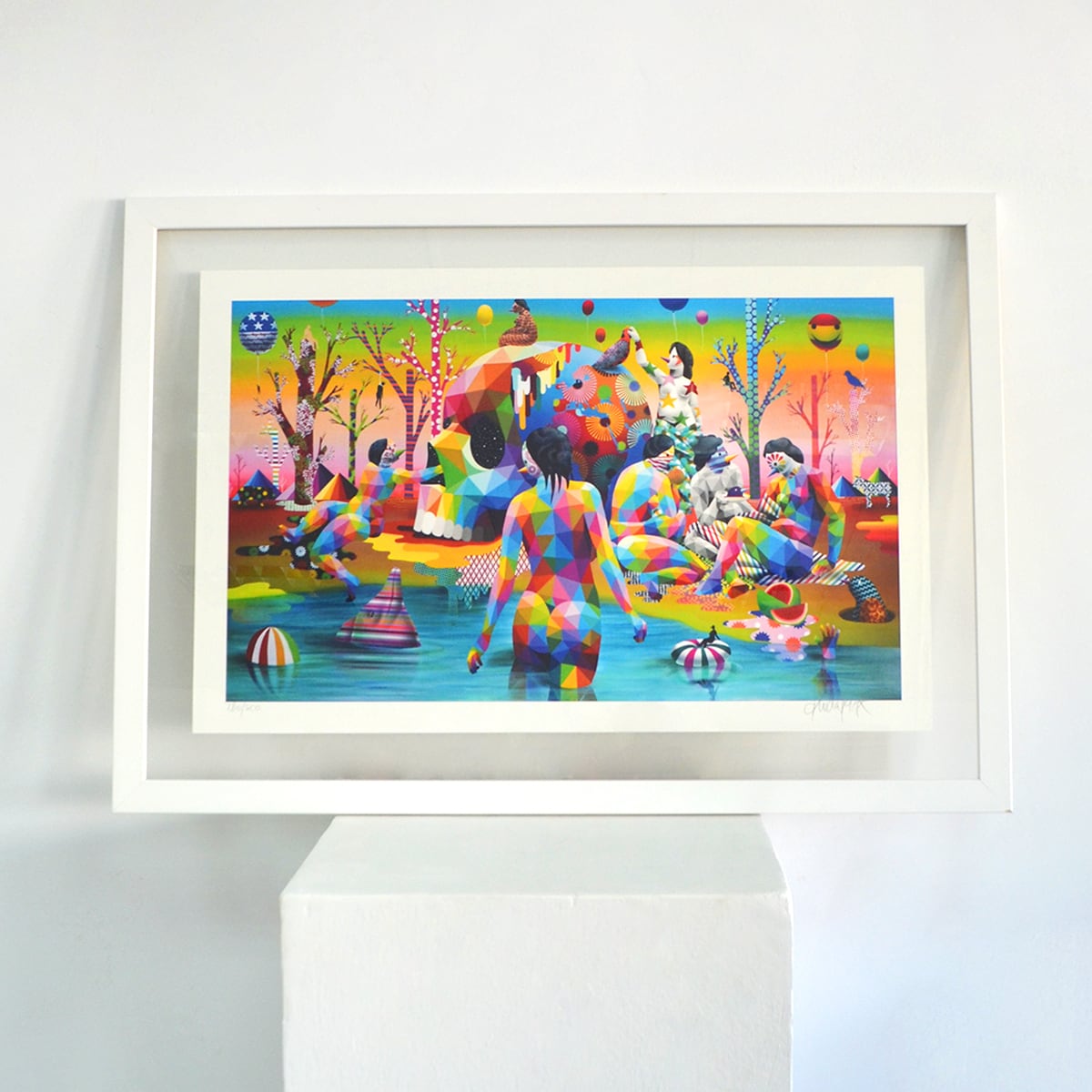 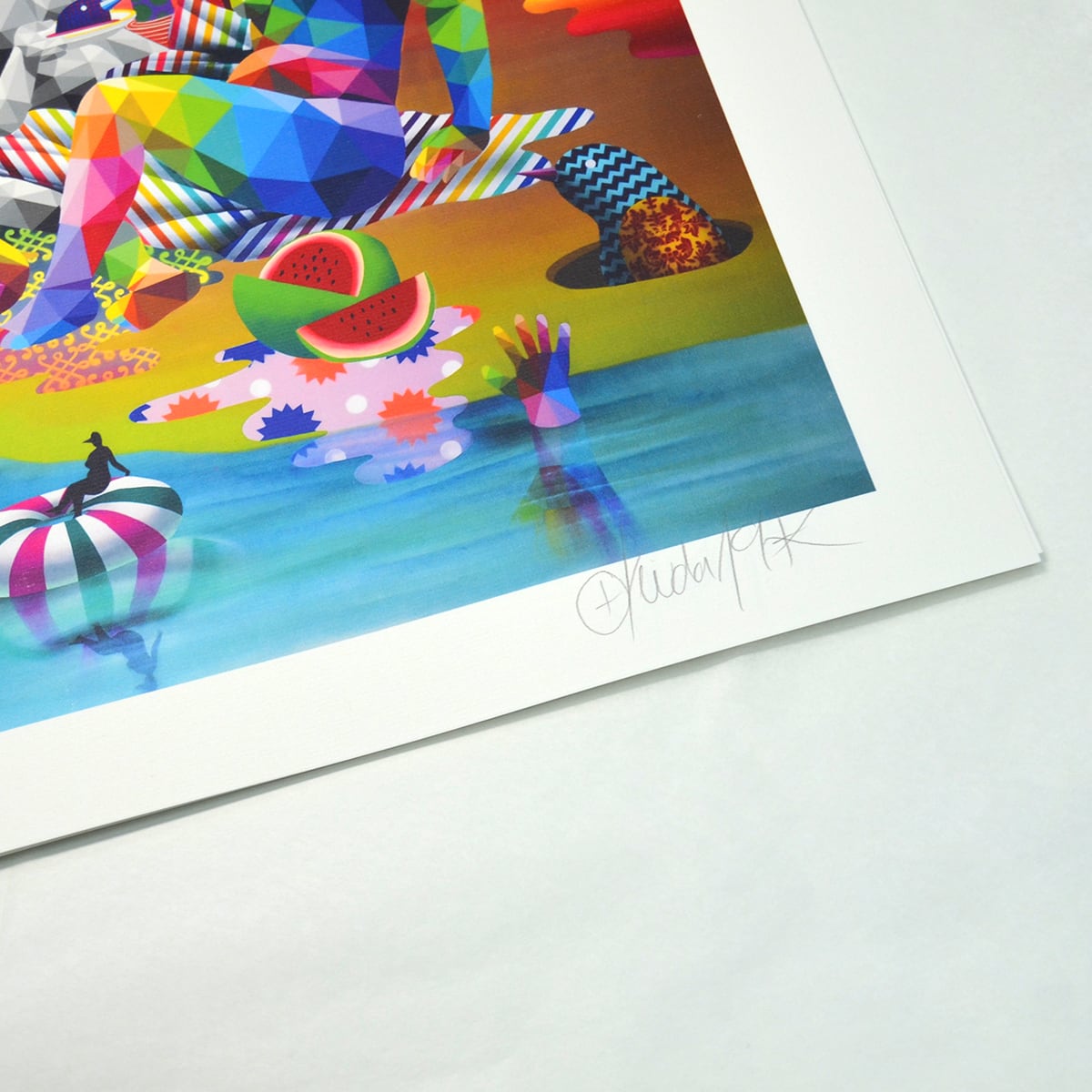 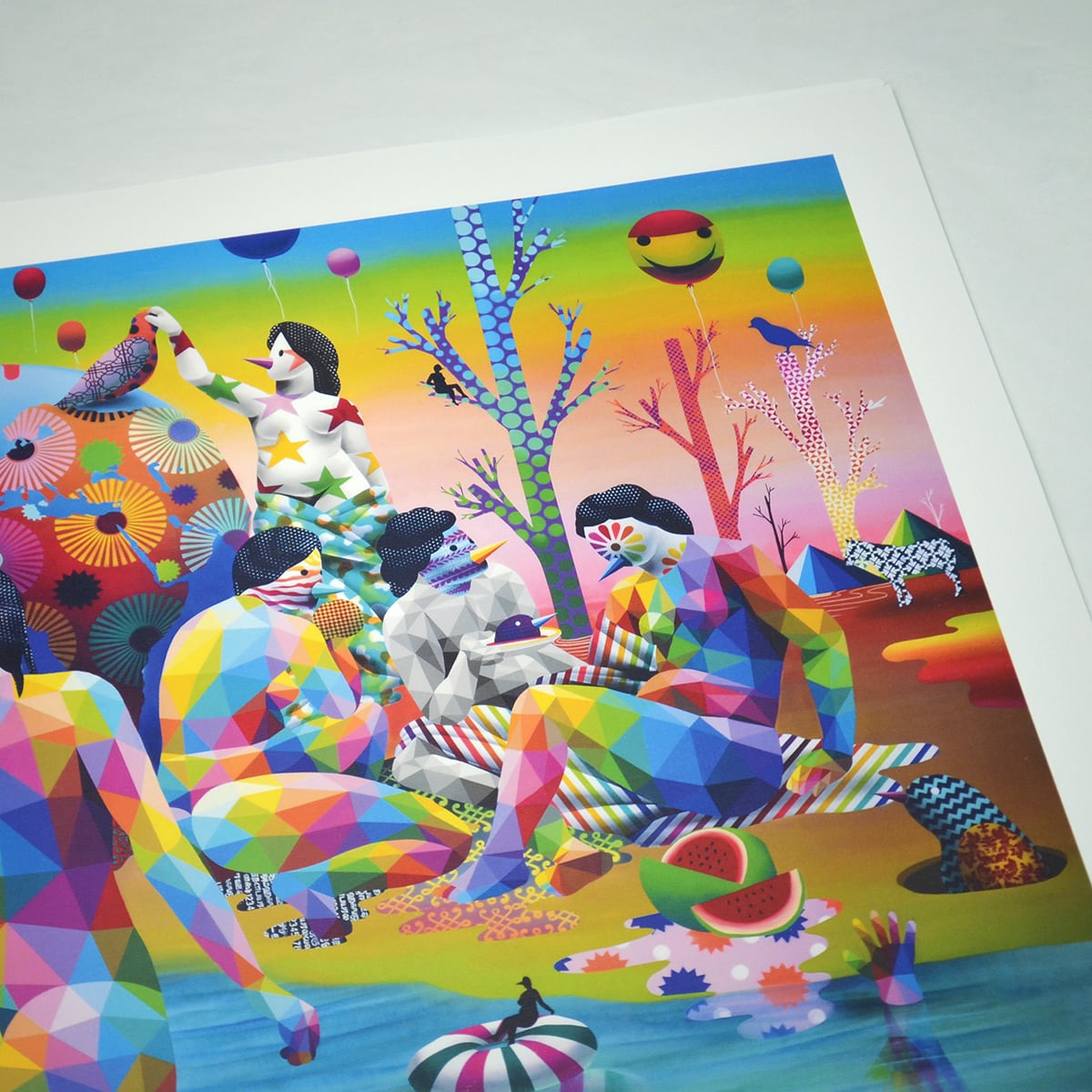 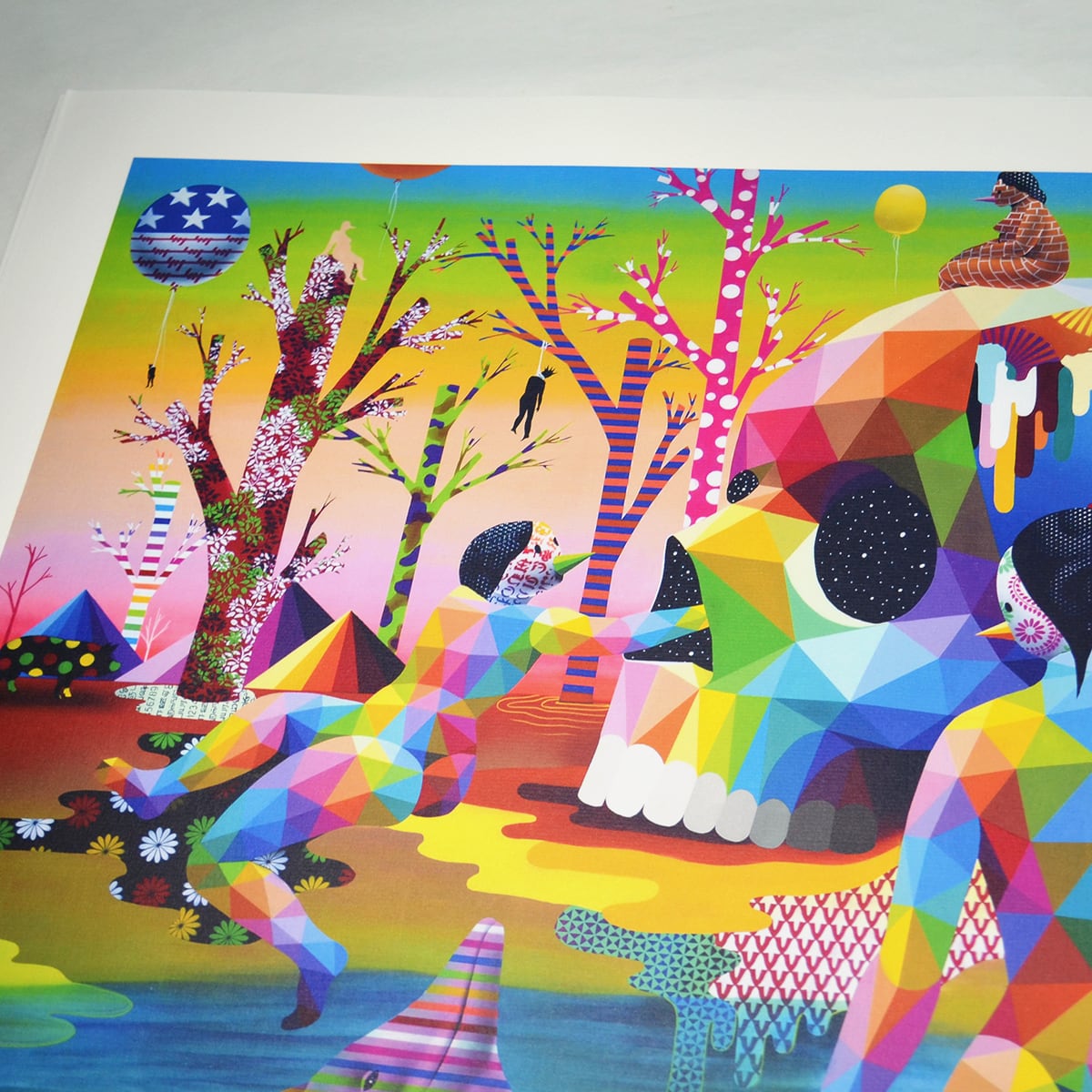 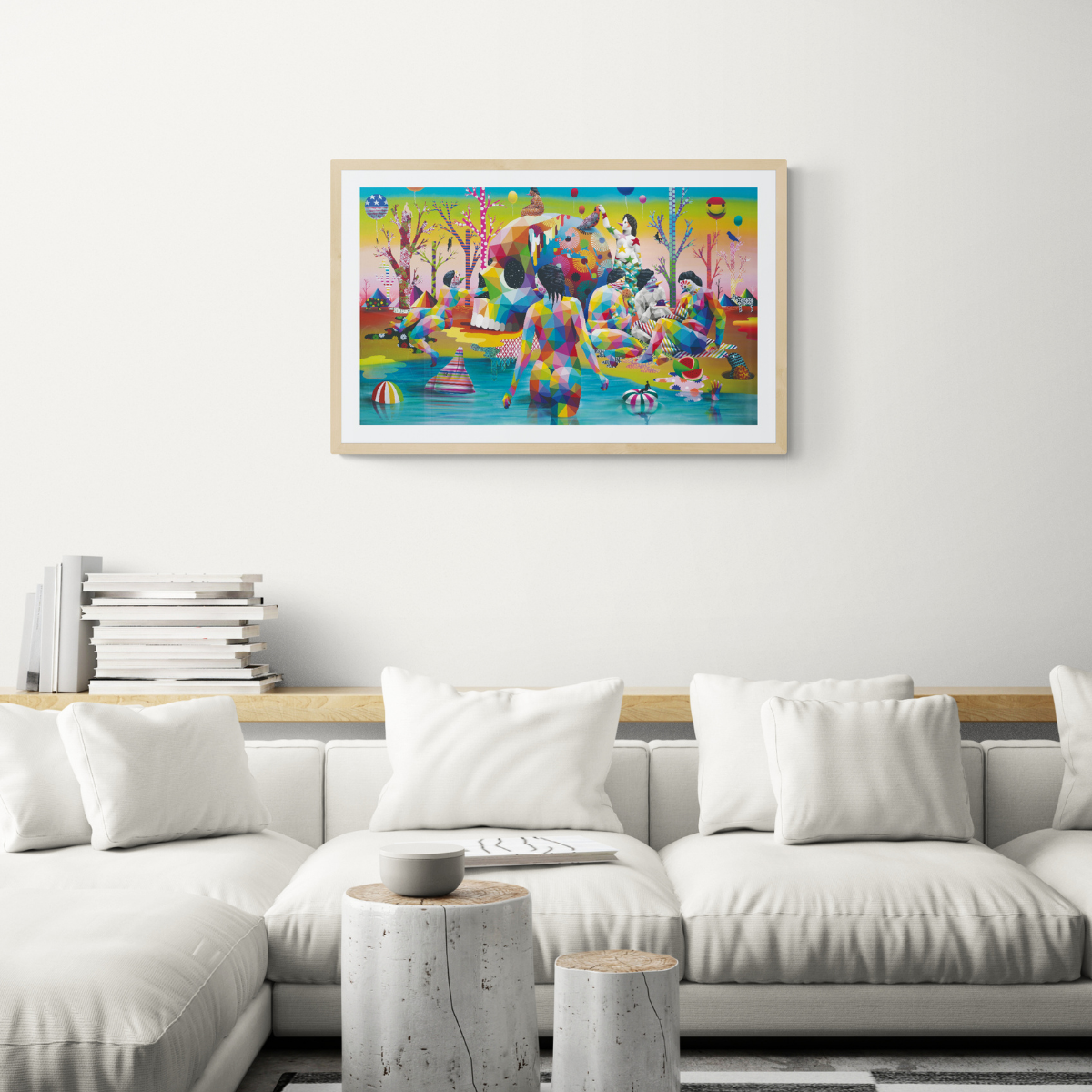 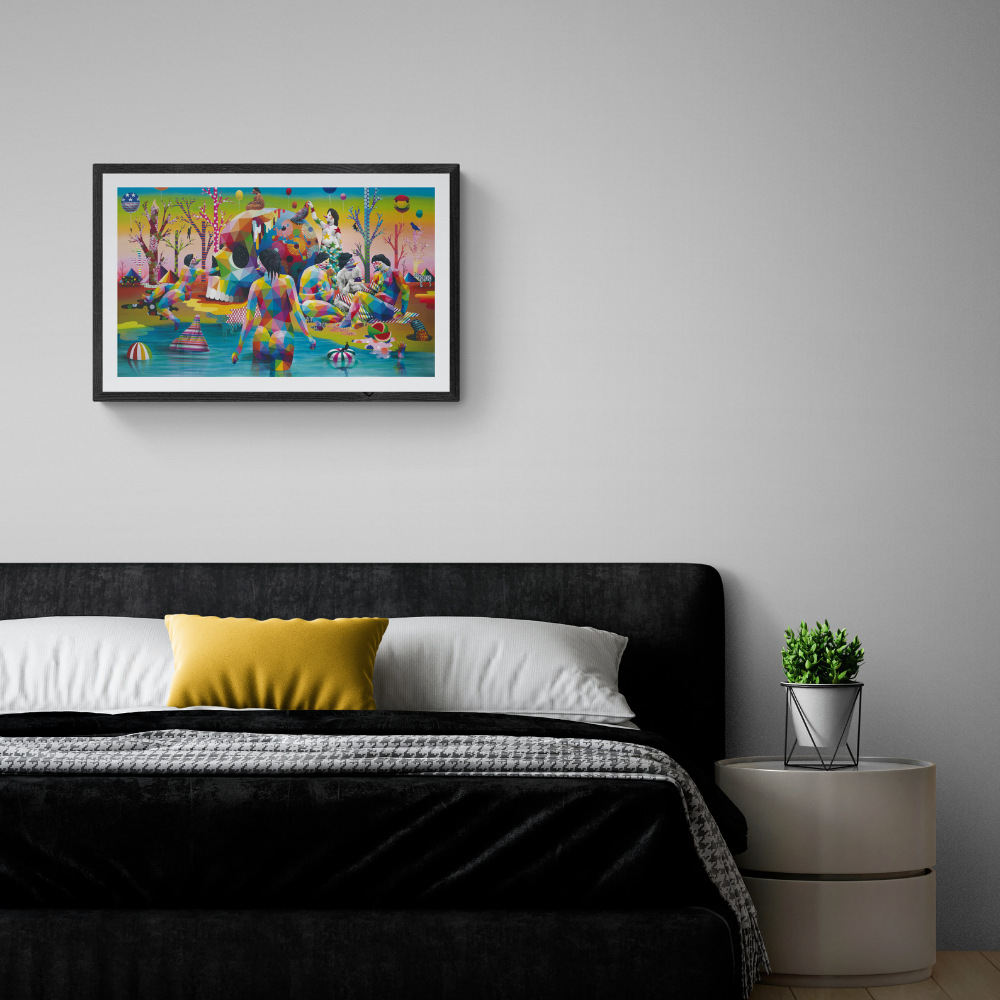 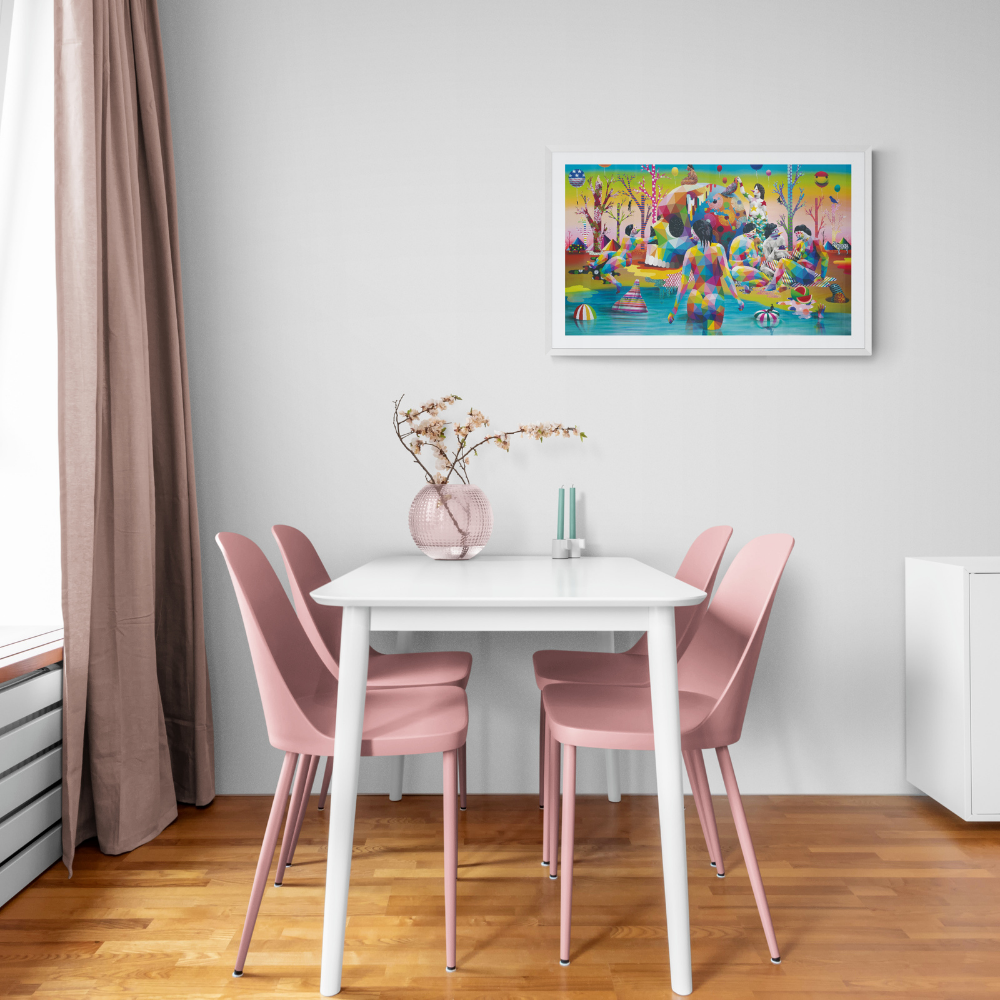 The Spanish artist’s first interpretation of the Garden of Earthly Delights by Hieronymus Bosch, one of his biggest inspirations.

The work has formed part of two of Okuda’s biggest public exhibitions: his retrospective at Valencia’s Carmen gallery for the Fallas festival and the Art Madrid fair, both in 2018.

Part of the proceeds from the sales will be donated to the Coloring The World Foundation.