Okuda San Miguel was one of two artists commissioned by Encore Boston Harbor and Goldman Global Arts to create a large-scale public art display with two murals on Alford Street in Boston. Okuda’s piece Animal Magical was painted in October 2019 and features a rainbow background that evokes an atmosphere of diversity. The mural depicts a series of animals in different stages of transformation into magical beings, a reference to ancient cultures and the closer connections they had with nature, forged through taking on the identity of animals in their rituals. The composition aims to highlight the importance of achieving a more balanced relationship between animals and humans. In addition to this most recent work, Okuda’s Air Sea Land collection can also be found nearby on Boston’s Seaport Boulevard. 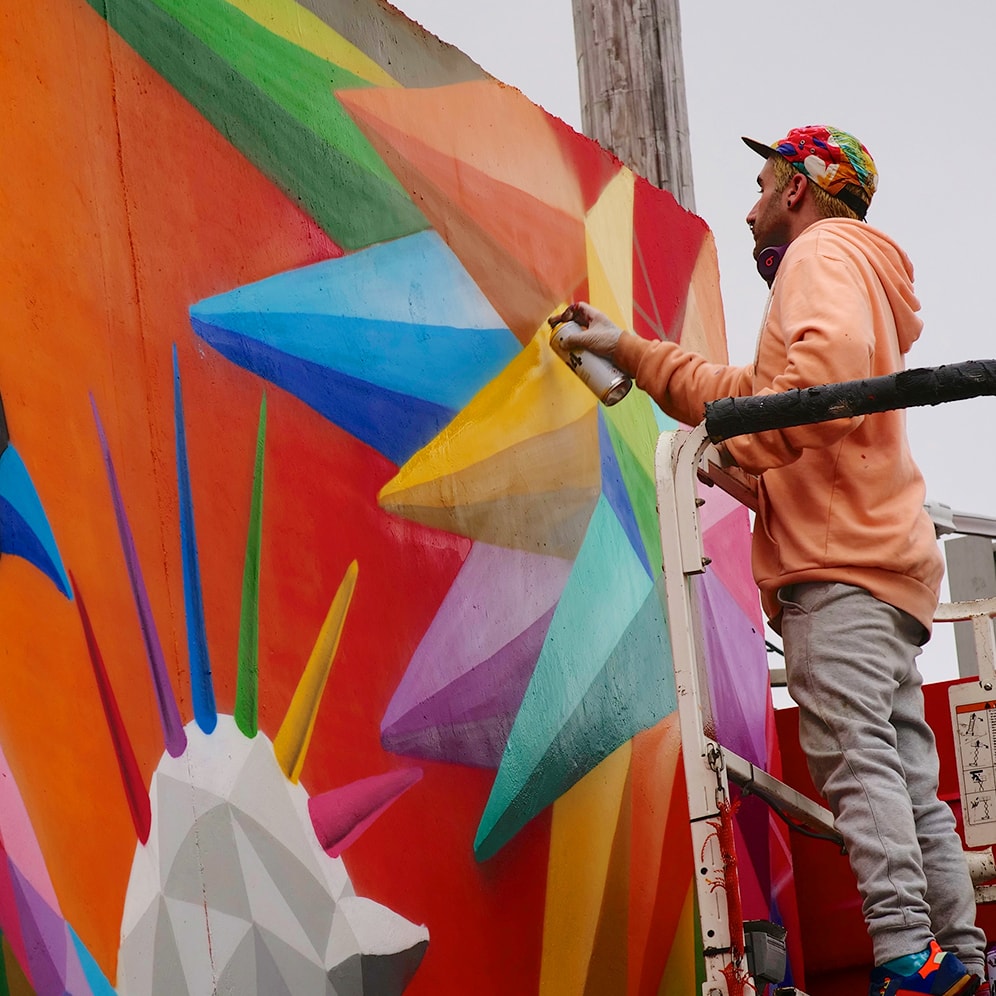 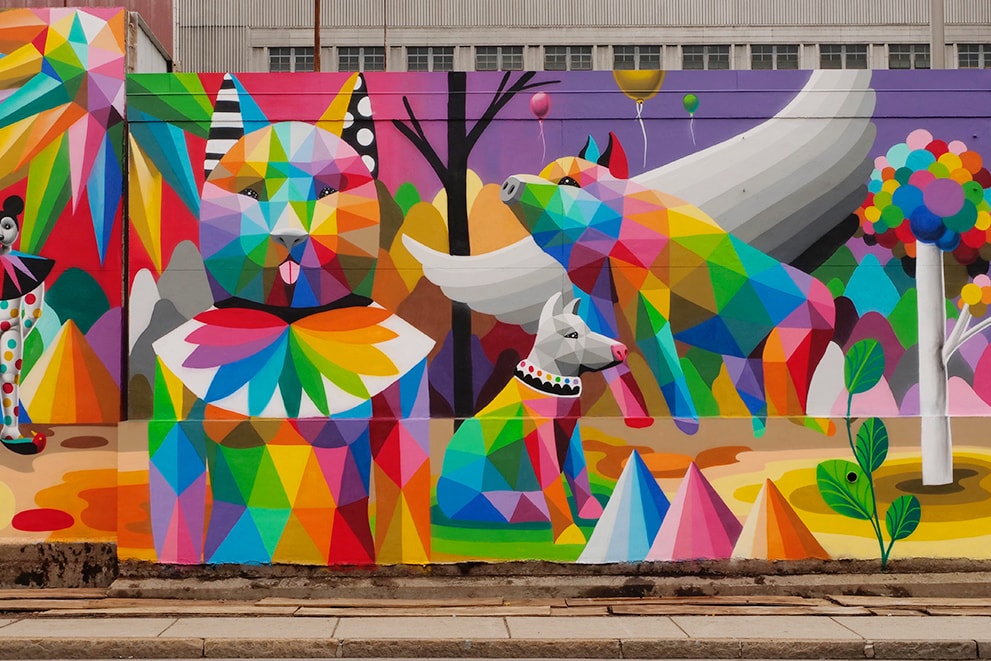 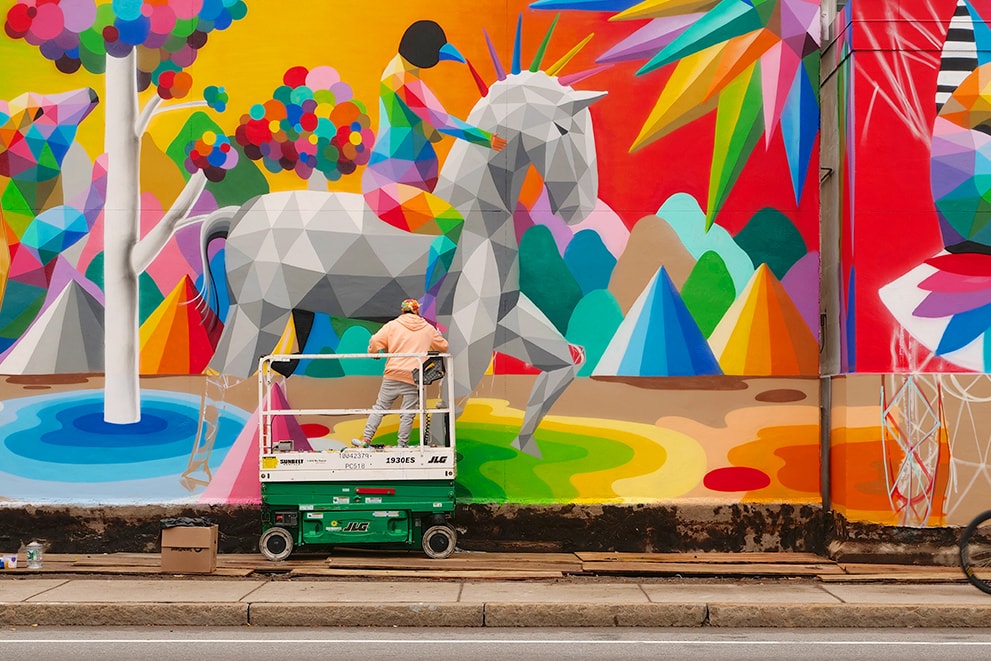 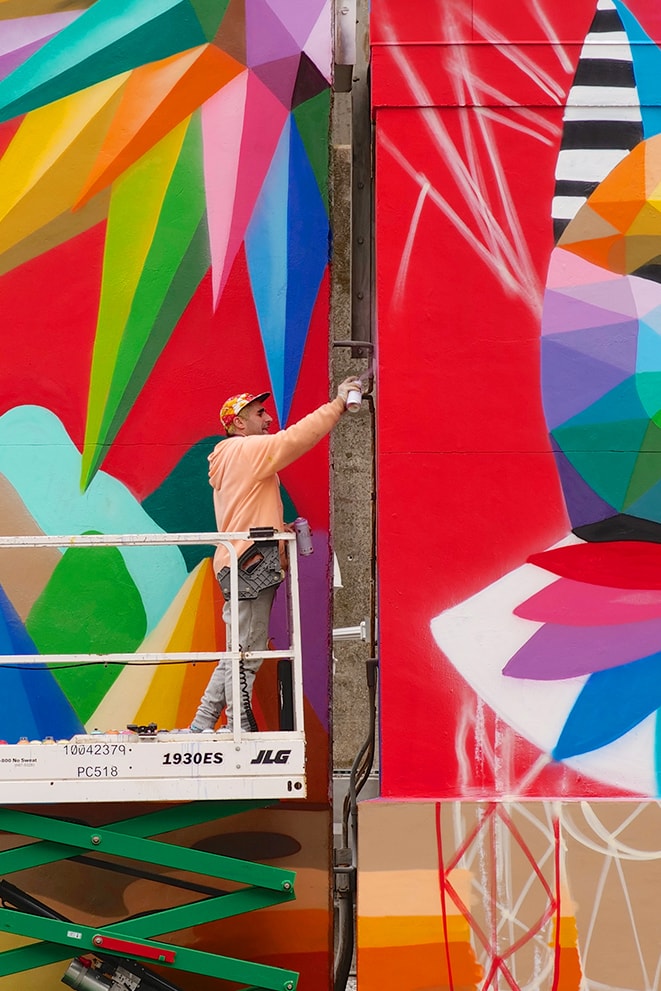 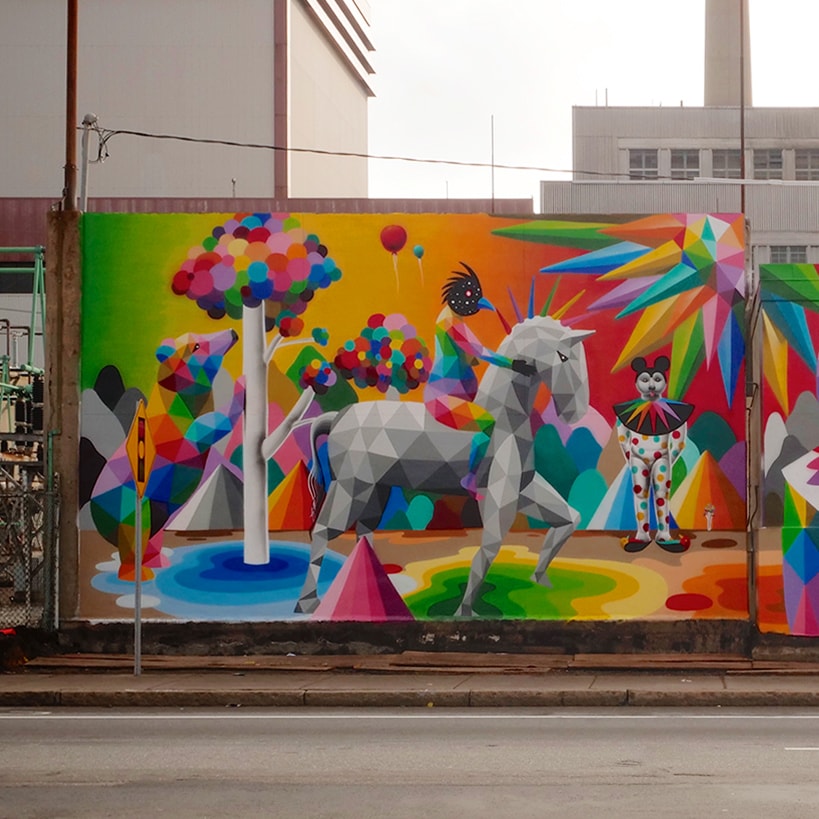 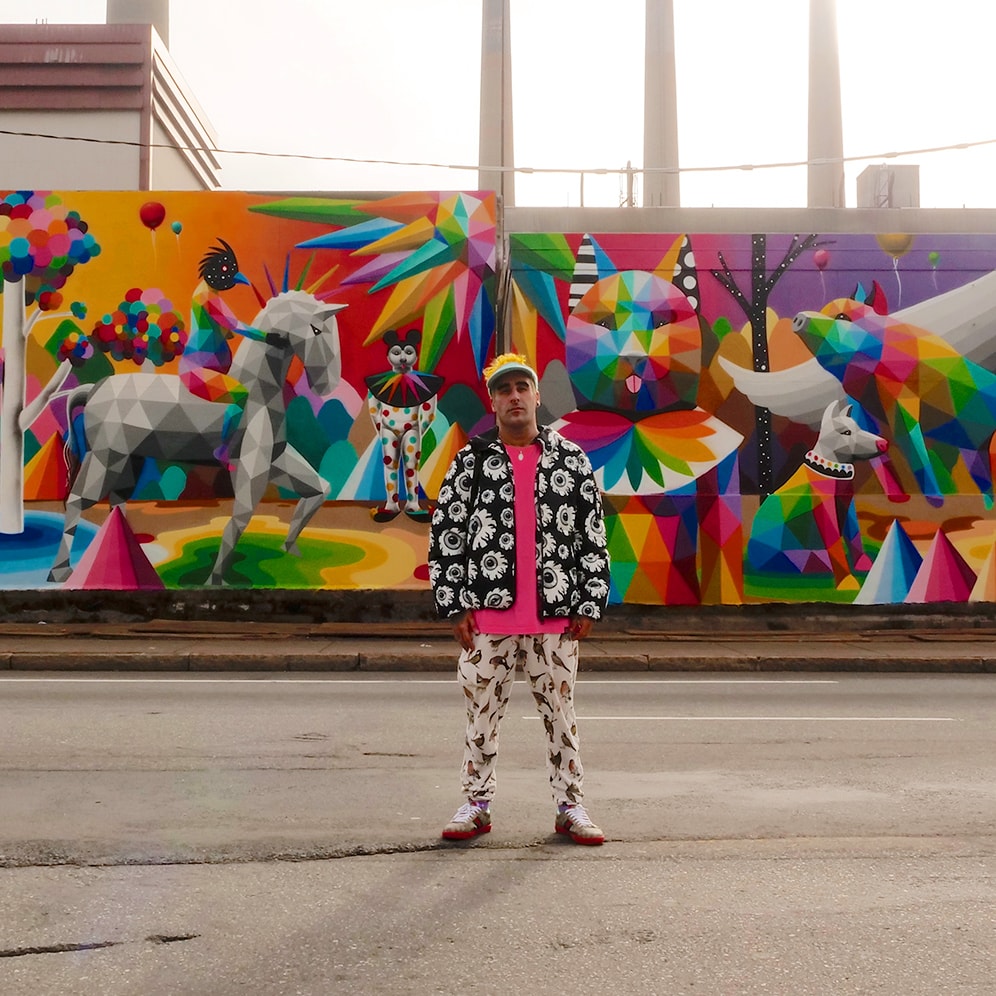