During the urban tendencies festival Mulafest 2013 we curated and were responsible in producing the artistic intervention in one of the outer walls of the IFEMA.

That large format mural adopted the shape of three independent works by Aryz, the duo Herbert Baglione – SAN and the triumvirate formed by Okuda, Sixe Paredes and Suso33.

The work began June the 21st and was finished by June the 27th (the first day of the festival), all under the attentive looks from the impressed attendants.

The end result was simply spectacular (and we have graphic evidence to prove it): a superb mural intervention enjoyed by more than 30 thousand attendants and with media coverage both in Spain and overseas. 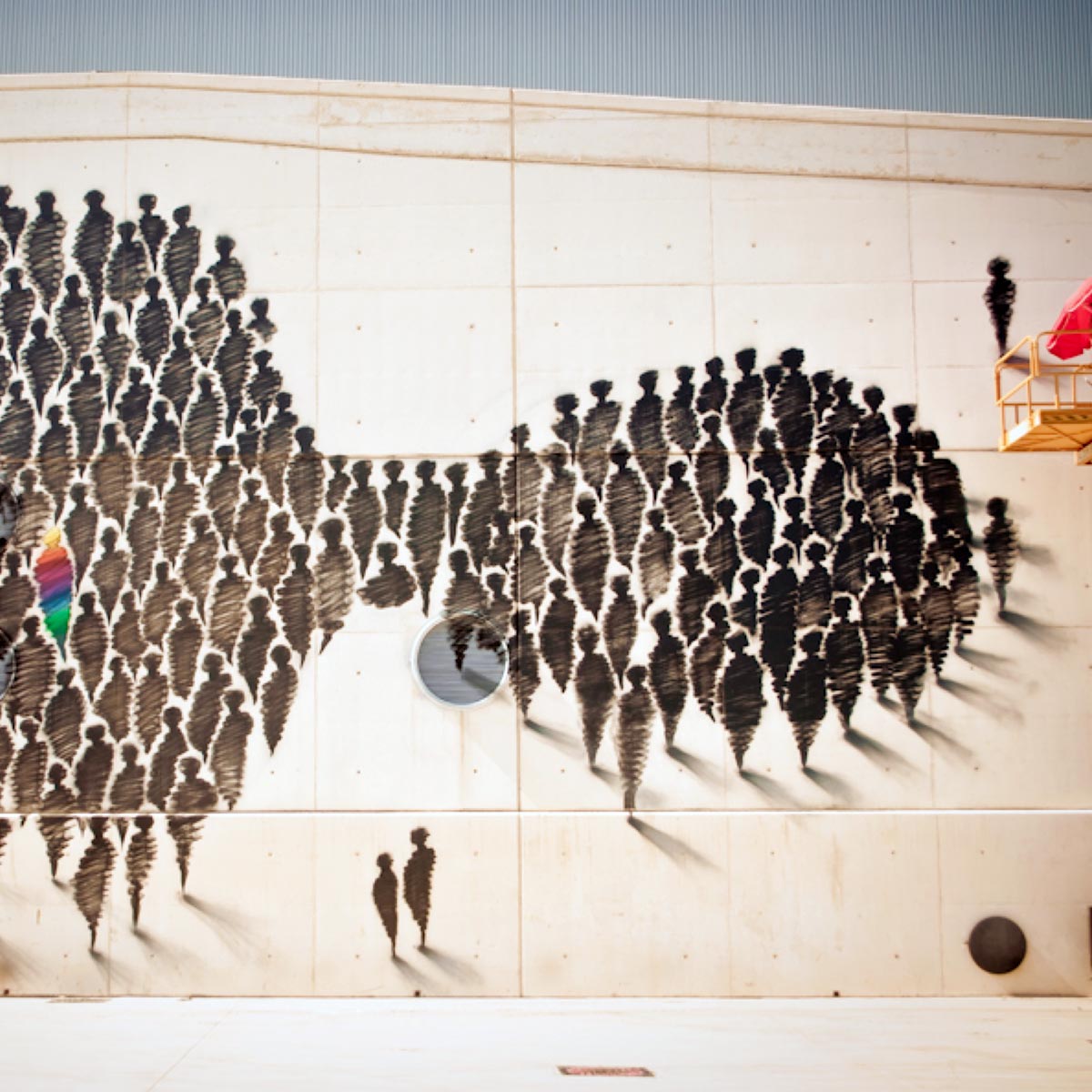 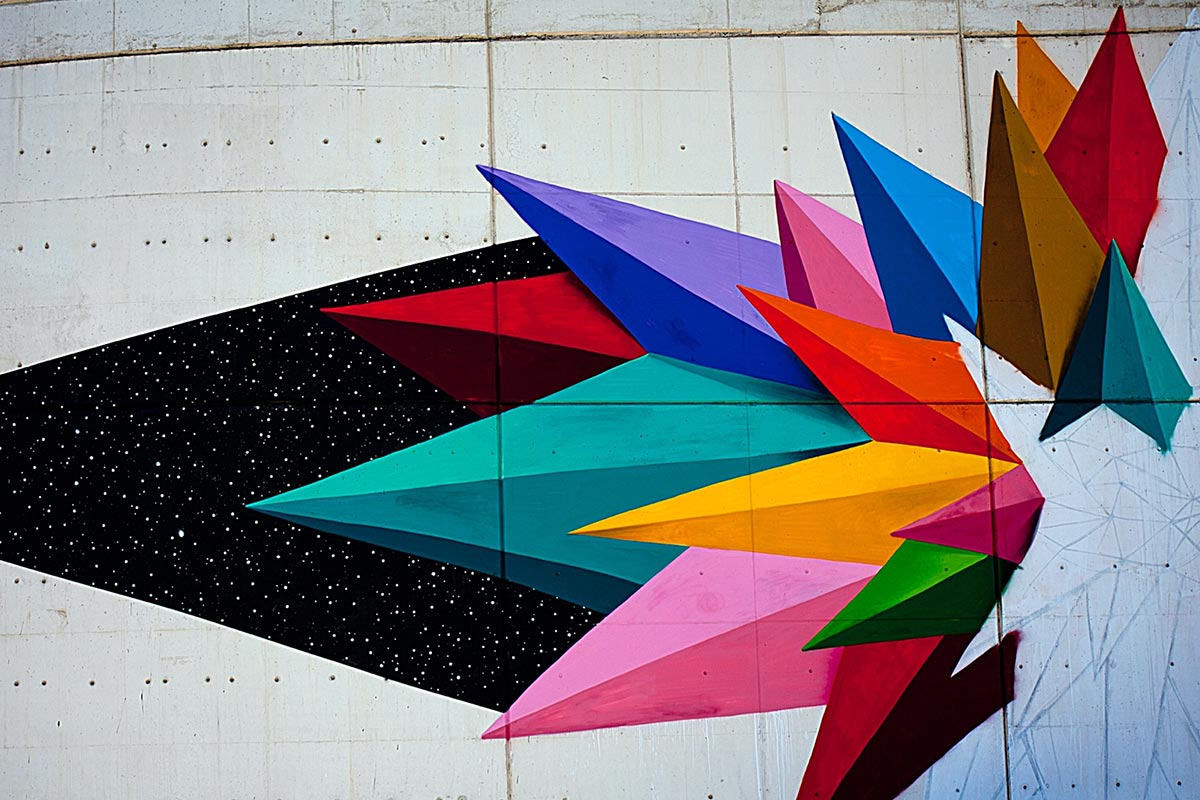 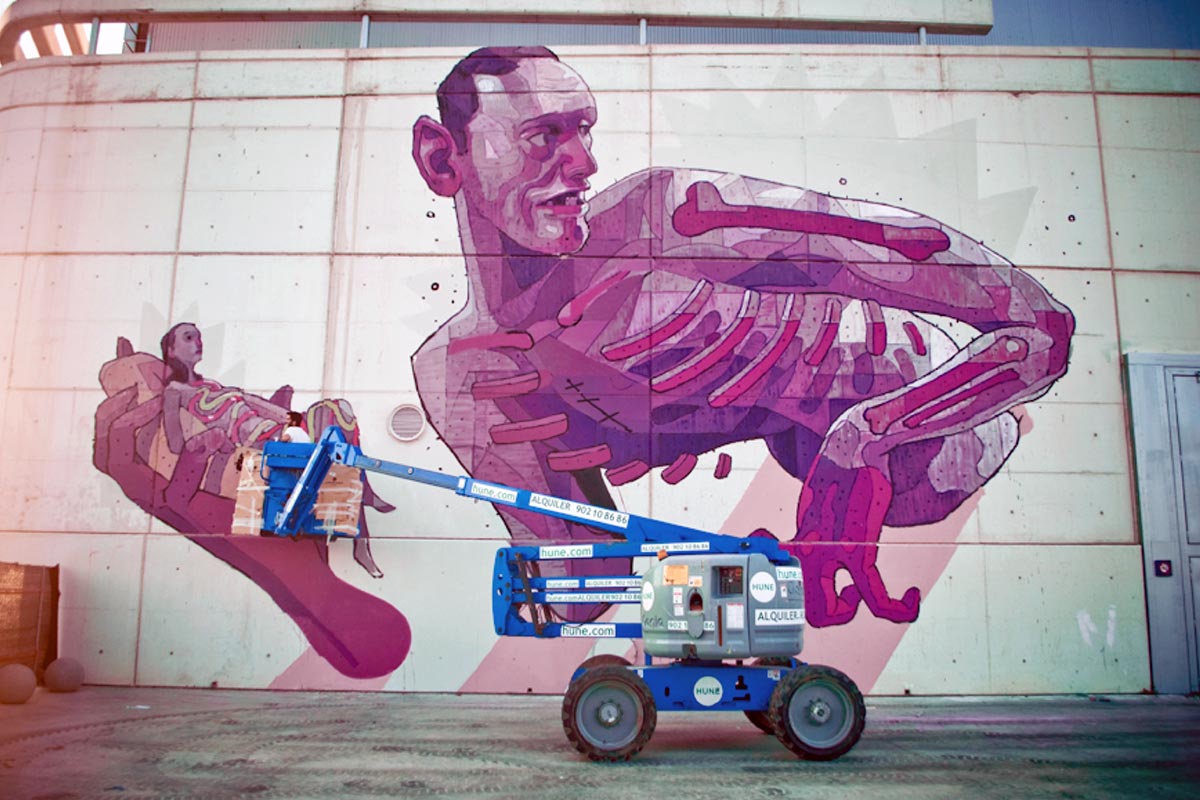 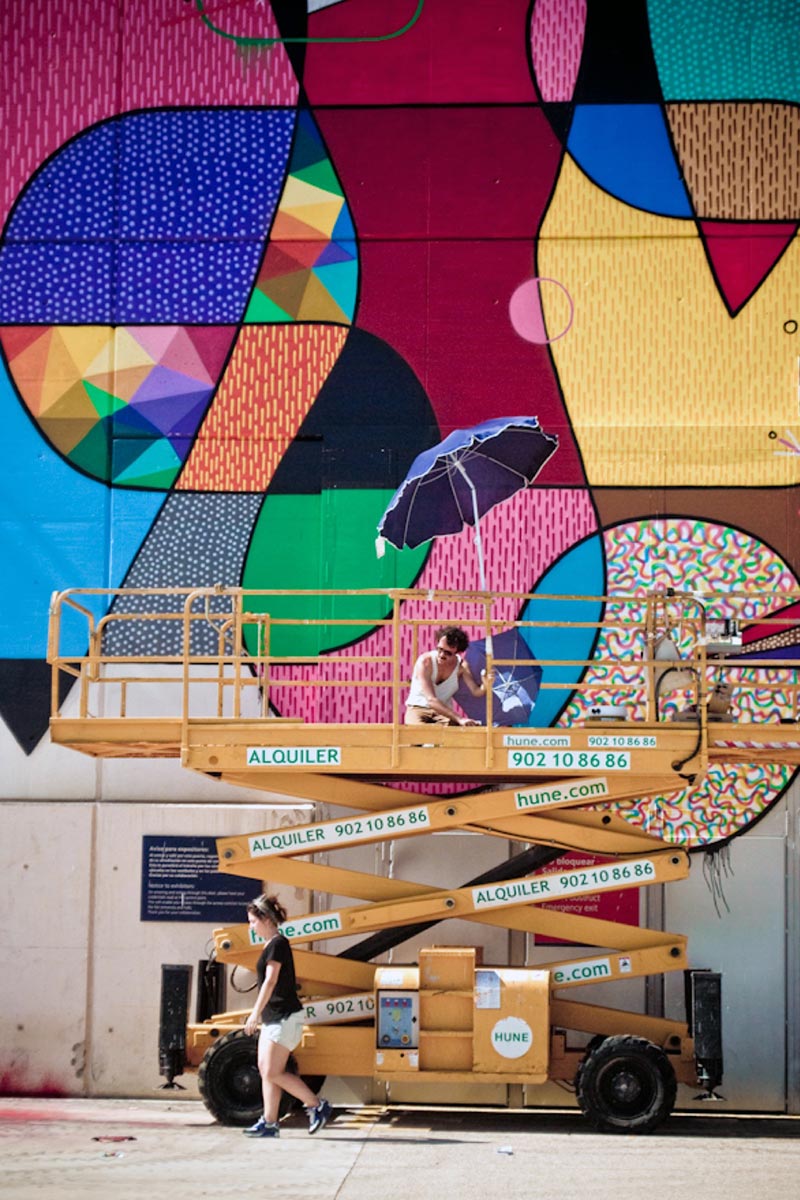 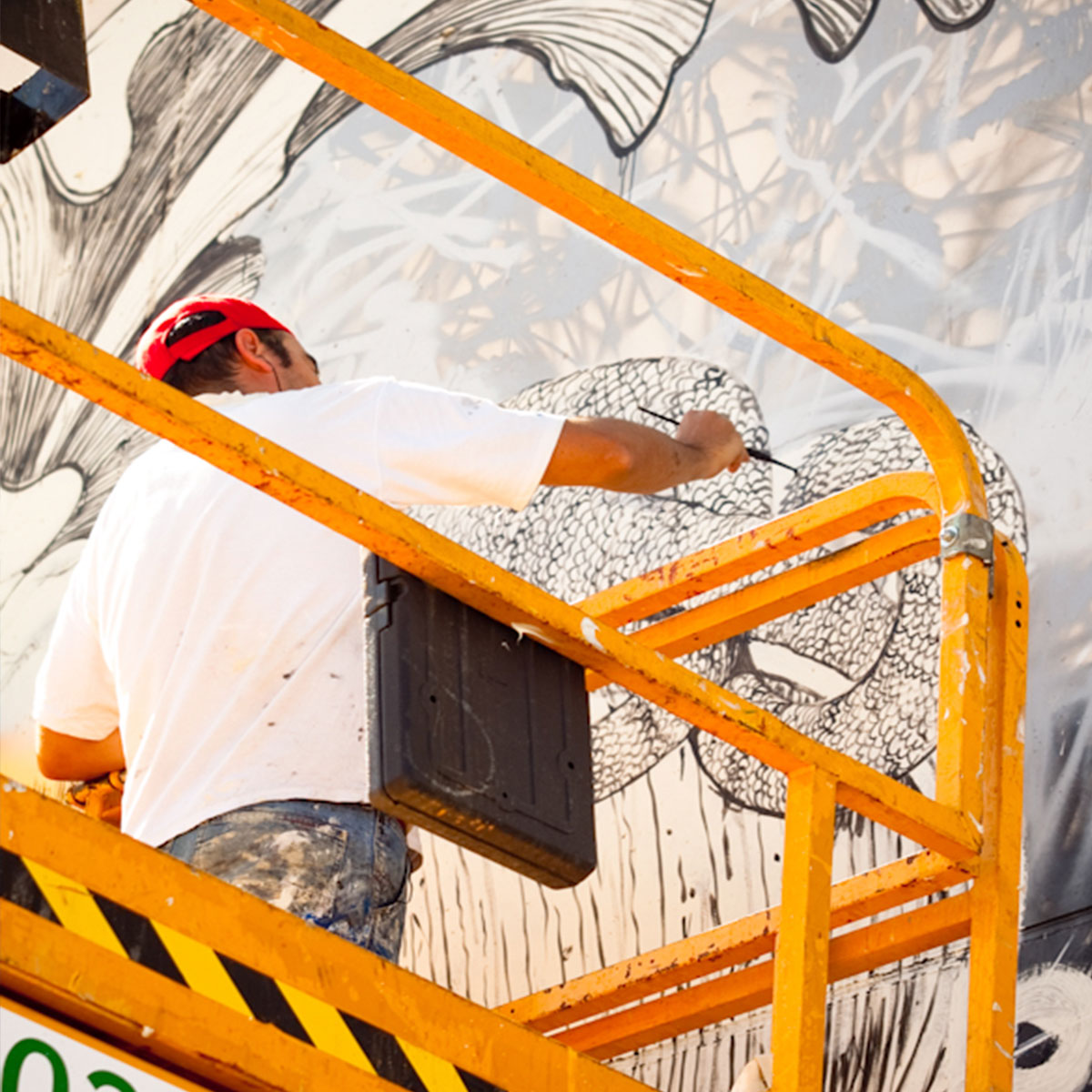 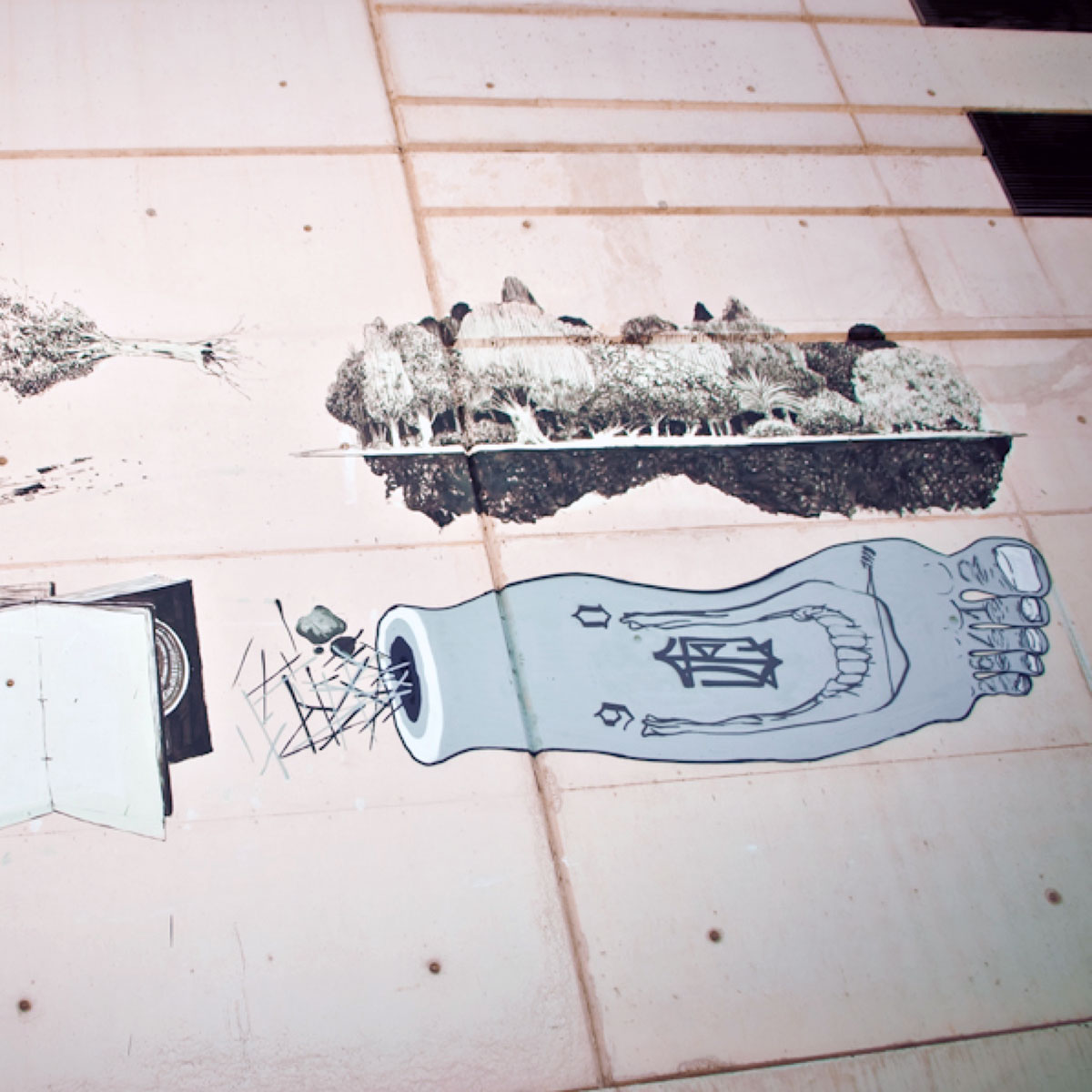 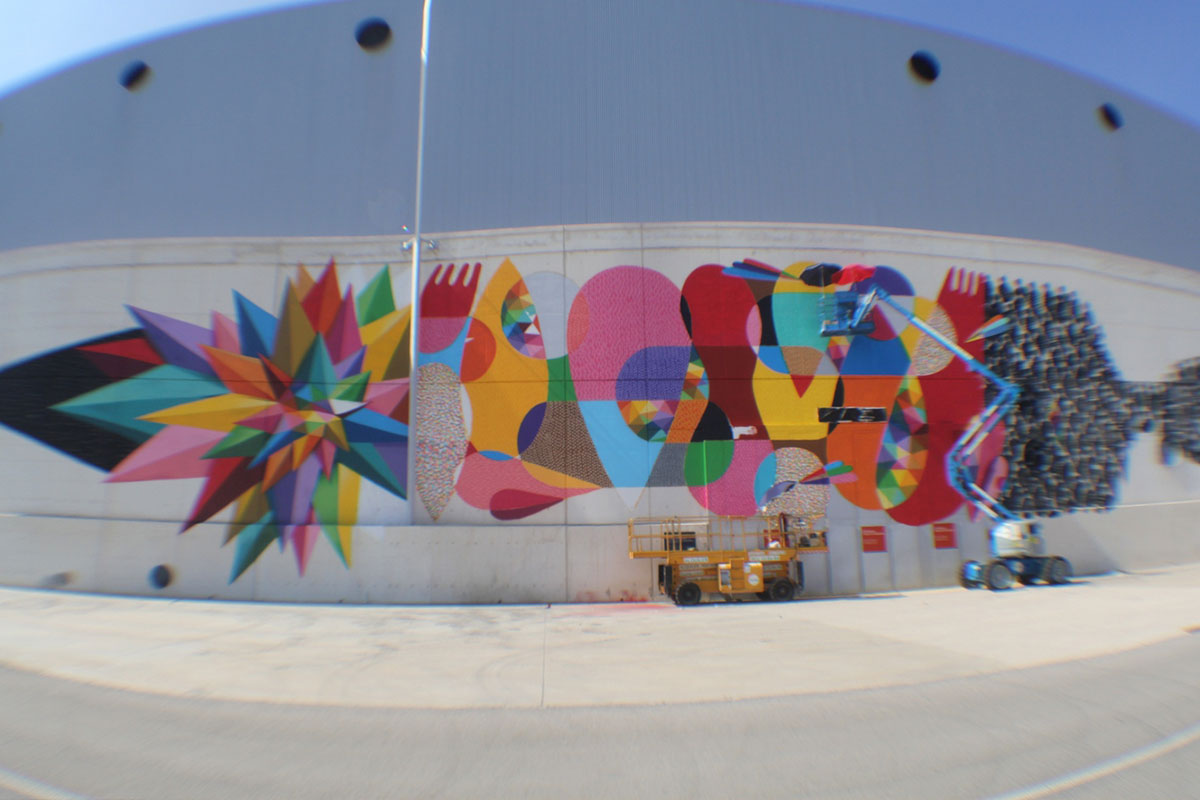 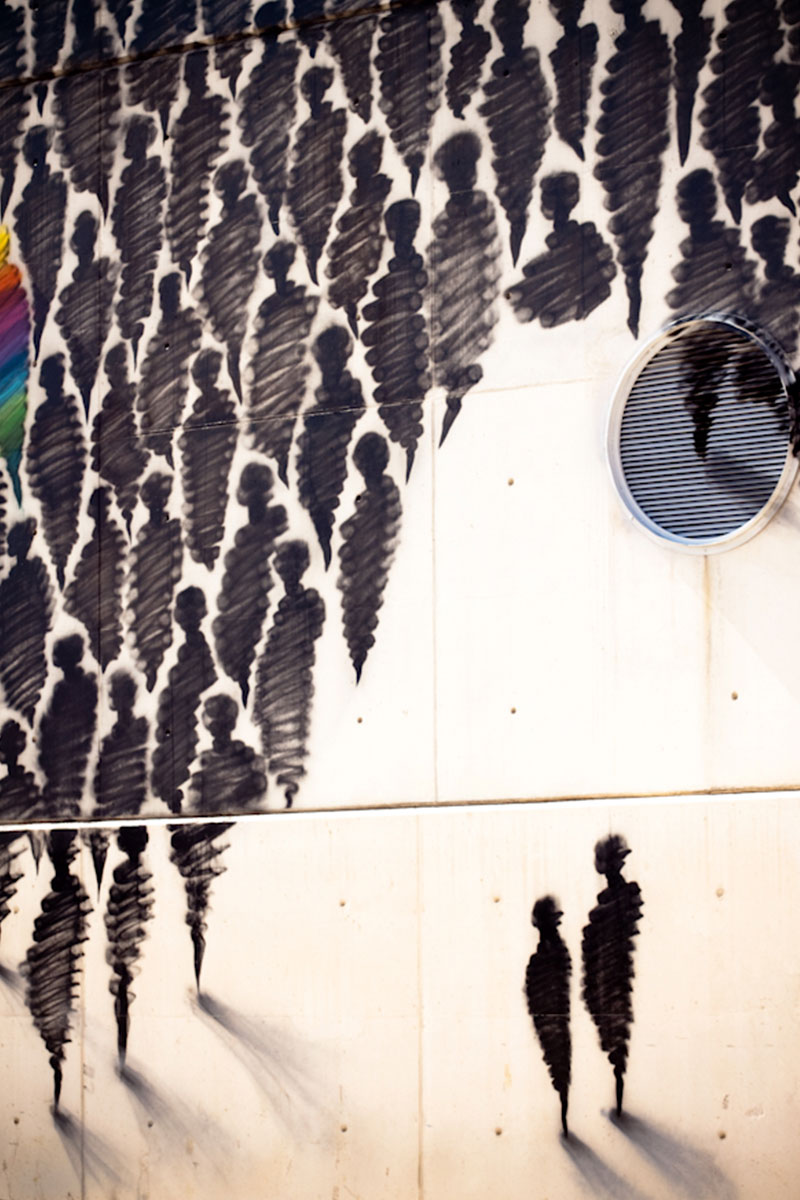