In his second solo show at Underdogs the artist will continue to present his personal vision of the society and the world we live in, exploring and highlighting some of its contradictions. Following his habitual practice, in “New Coliseum” Okuda speaks to us through geometric structures, multicoloured pa erns, and organic forms, of the struggle between human beings and their own becoming.

Capitalism as an in nite source of dissatisfaction; the universe as an escape route, with the in nite as an exit door; the con ict between our roots and a future that is increasingly palpable and, at the same time, – as contradictory as this might seem – unreal; nature as the victim of our errors, are some of the recurring themes explored by the artist. 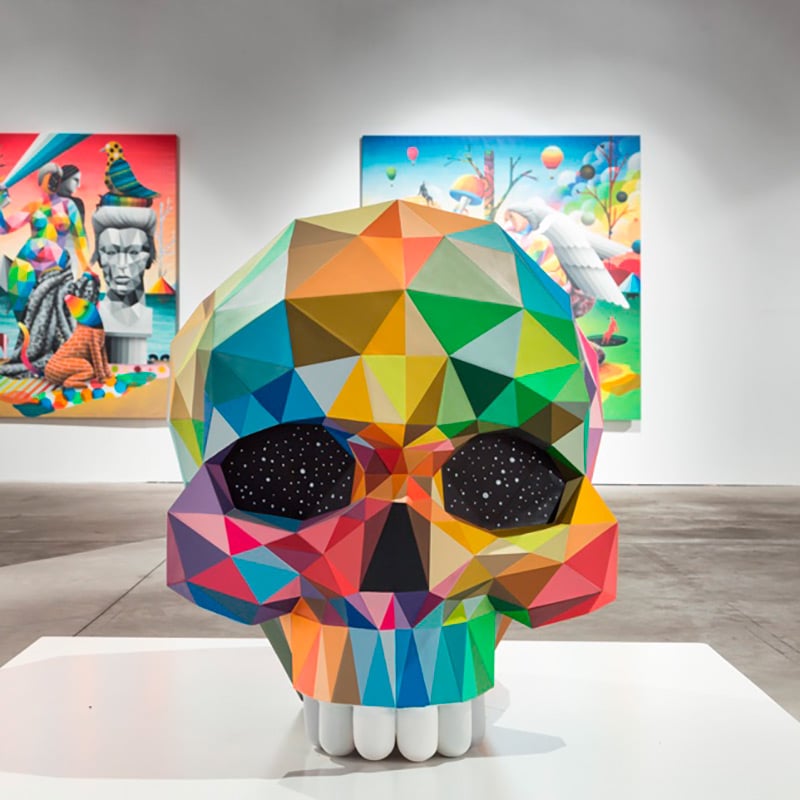 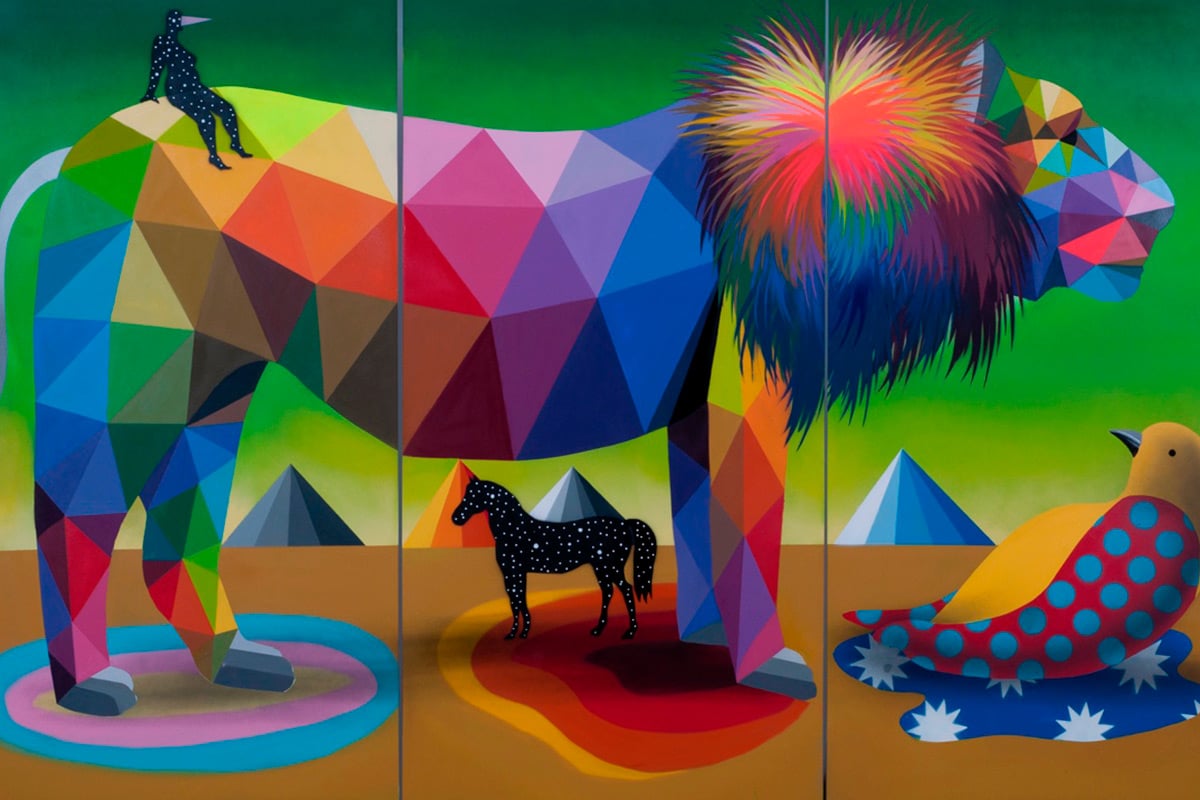 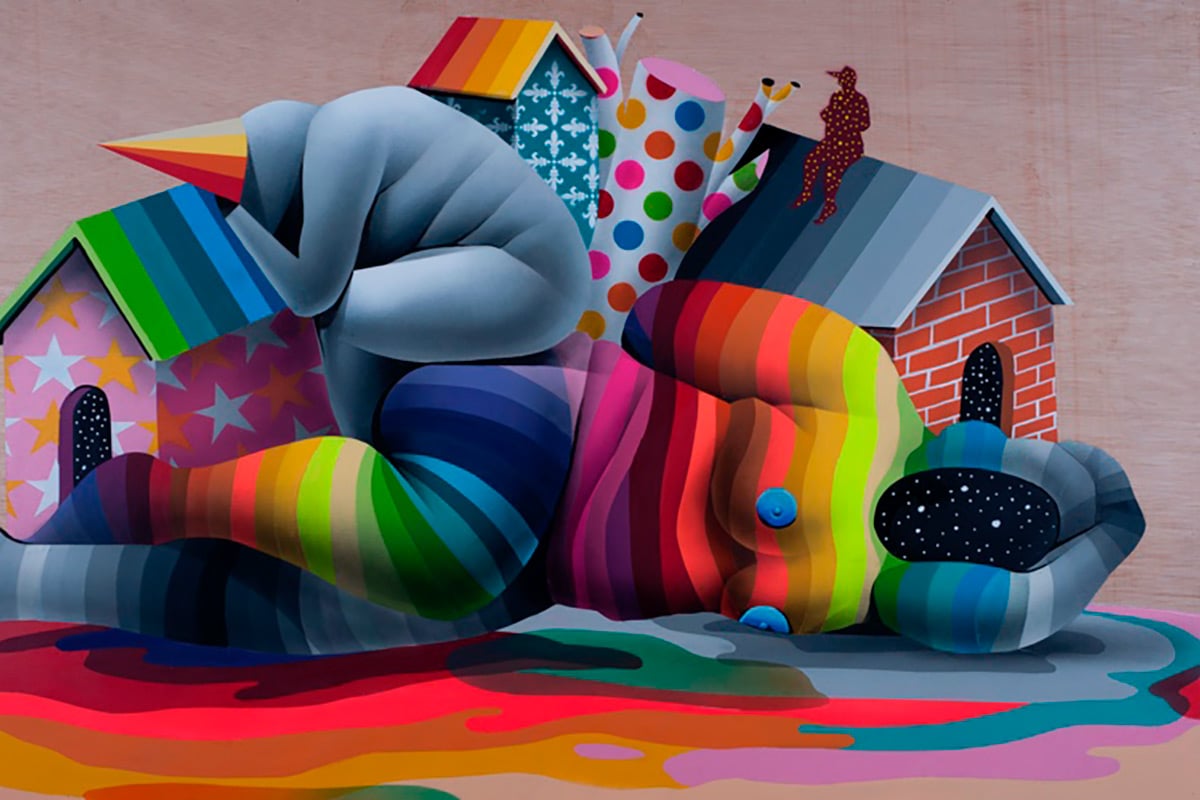 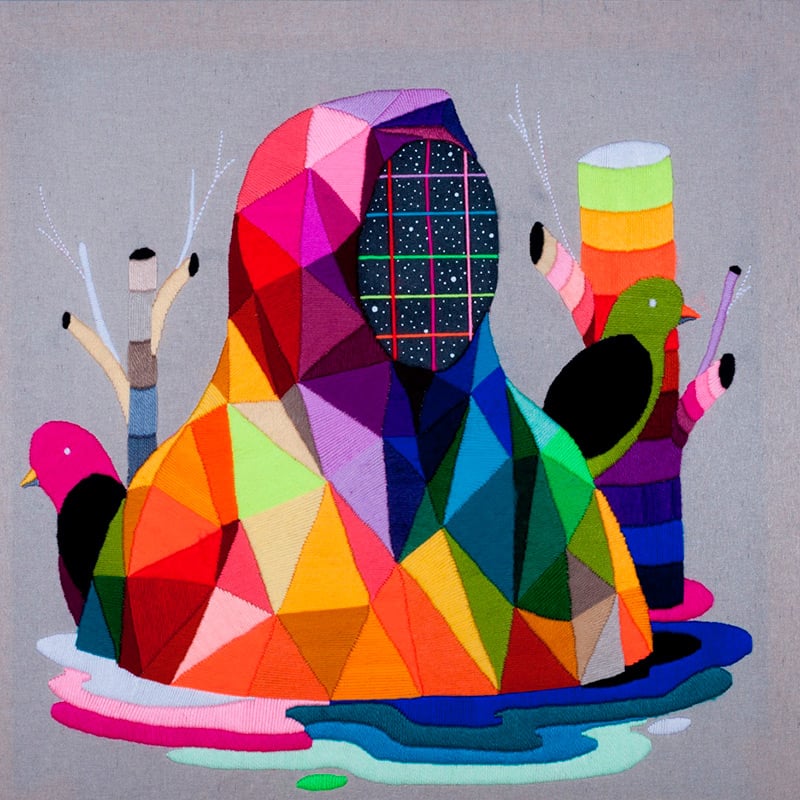 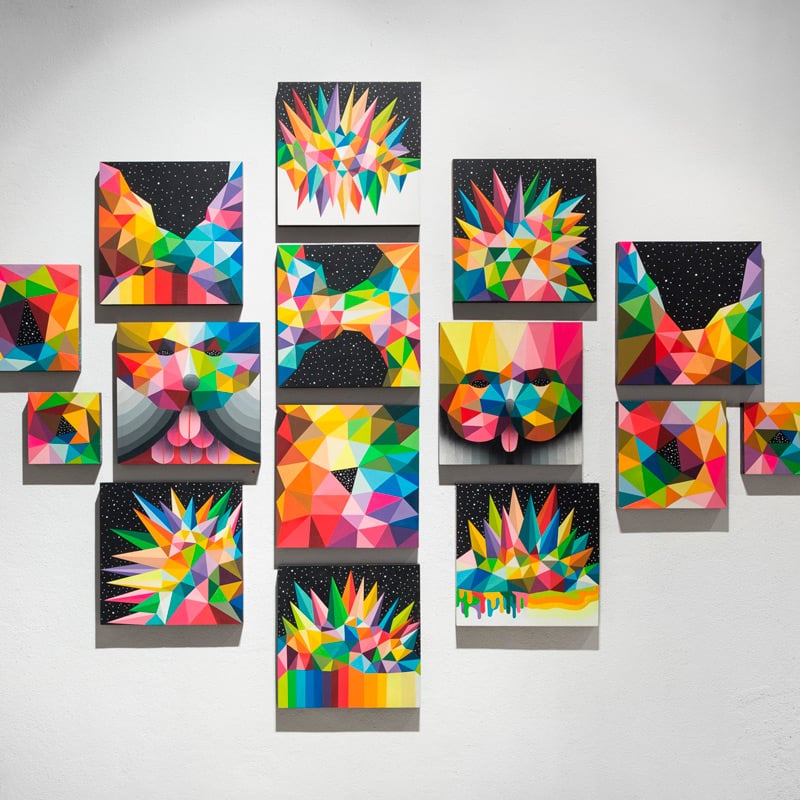 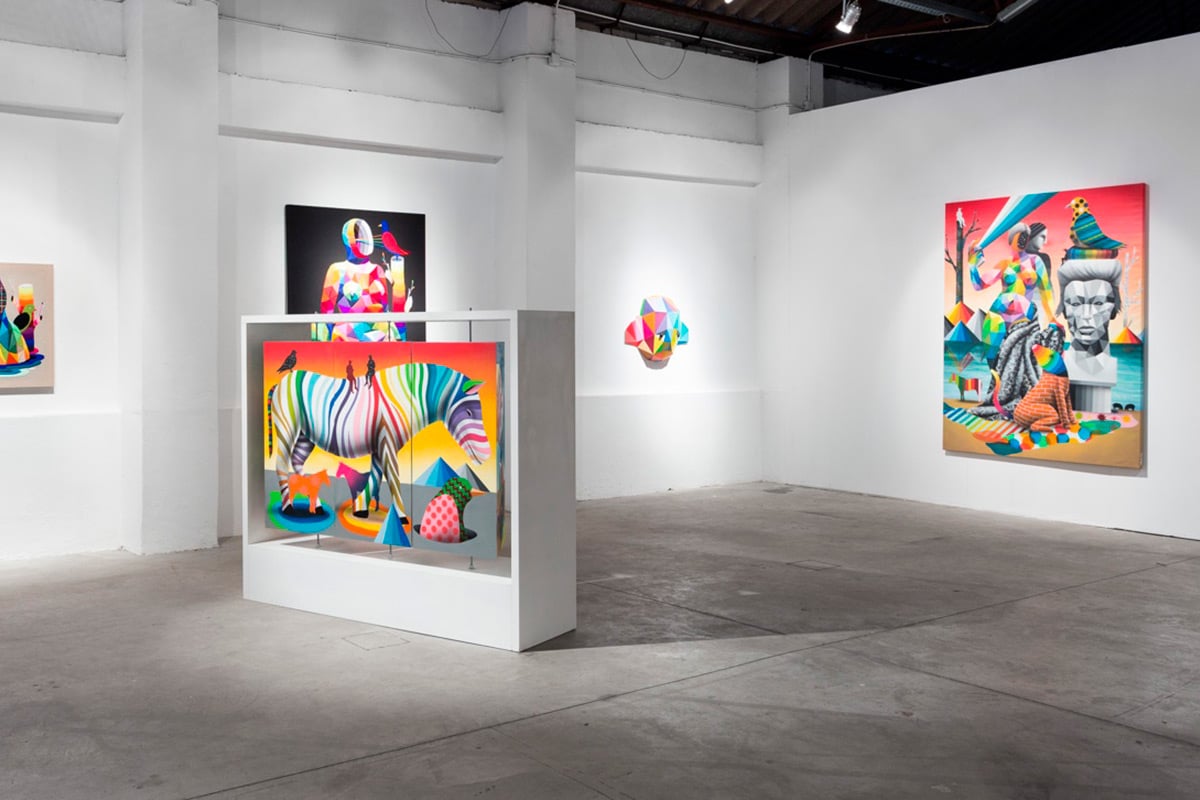 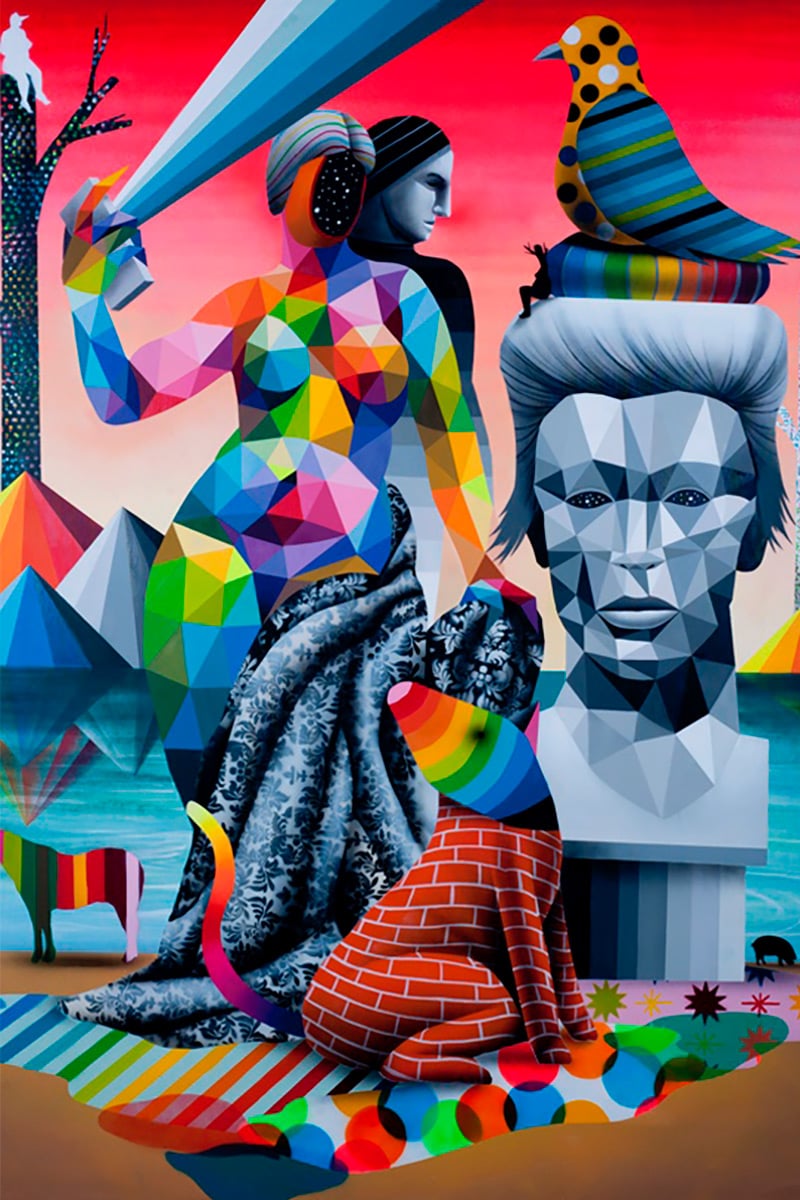