Portrait for the freedom & equality

The Ministry of Foreign Affairs and Cooperation of Spain organized on 18 and 19 May 2016 a series of tribute to the Spanish diplomat Julio Palencia in Sofia, Bulgaria. Among them, the inauguration of a mural realized by the artist Okuda San Miguel in the bilingual institute Miguel de Cervantes was included.

Together with Secretary of State Ignacio Ybáñez Rubio and the Bulgarian authorities, representatives of the Shalom association -which brings together the Bulgarian Jewish community- the Spanish Jewish Network, the Sephardi-Israel Center and Palencia’s family members participated in this tribute. 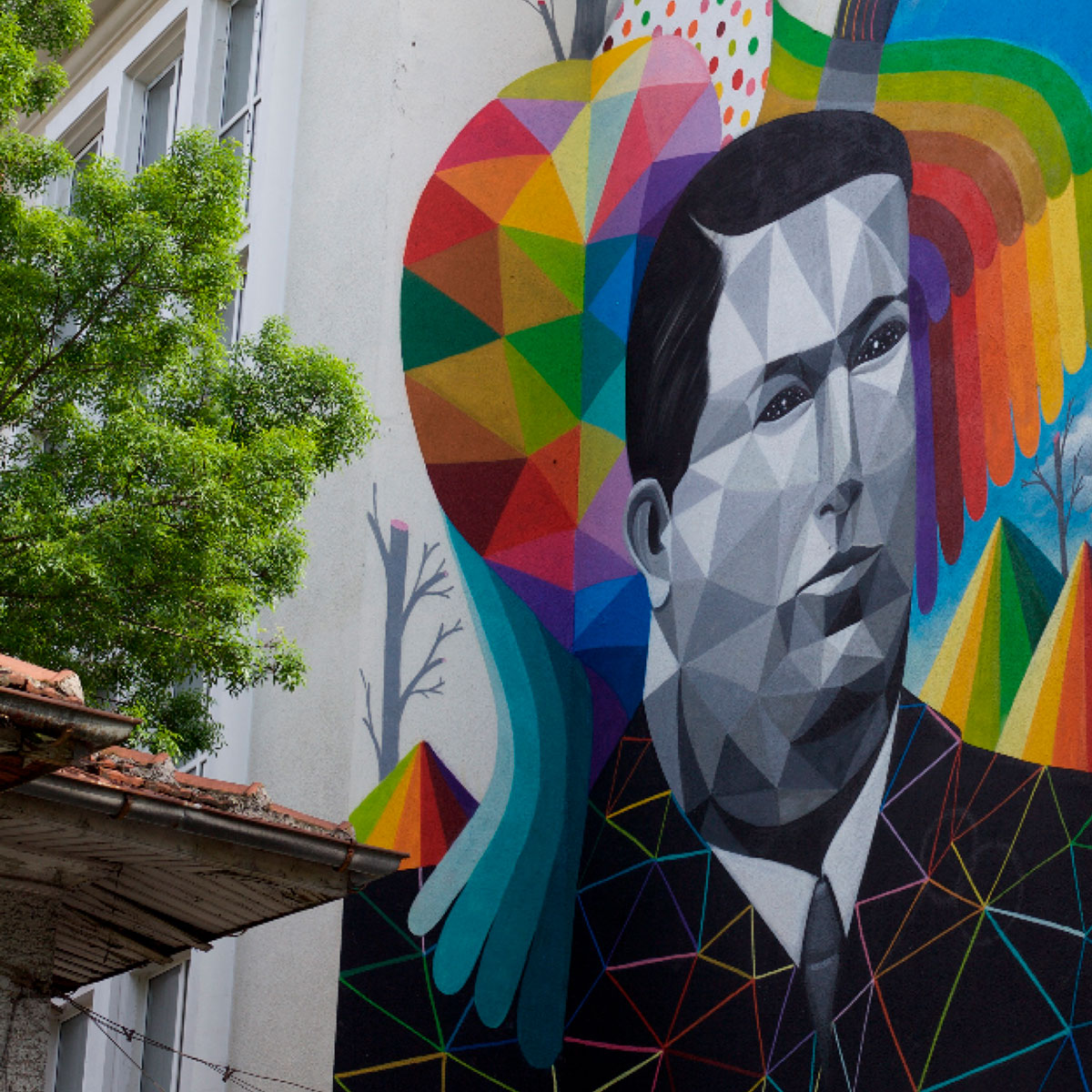 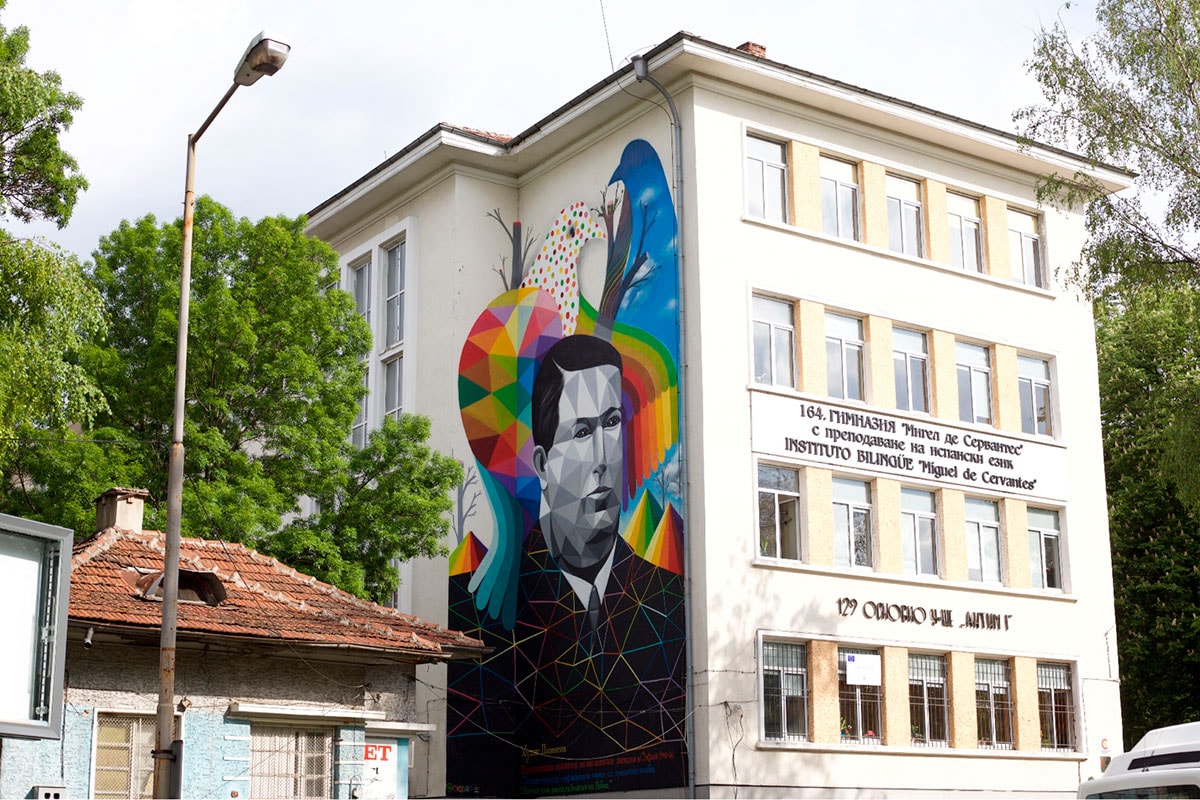 On its 50th anniversary the Spanish Embassy in Budapest, in collaboration with the city council of the Erzsébetváros district of Budapest and the local Jewish community, presented the mural of the Spanish artist Okuda San Miguel, a colorful painting on a wall at number 4 Dob Street in the Jewish quarter of the Hungarian capital paying tribute to Angel Sanz-Briz. 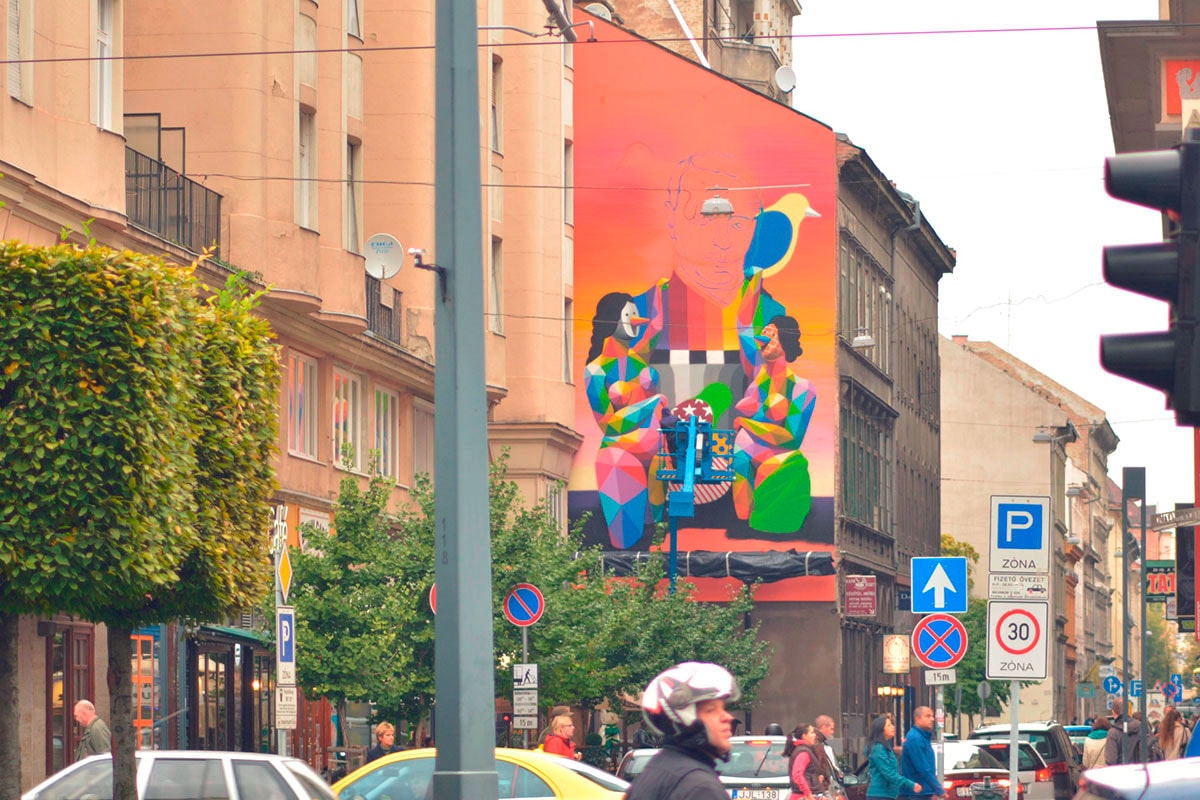 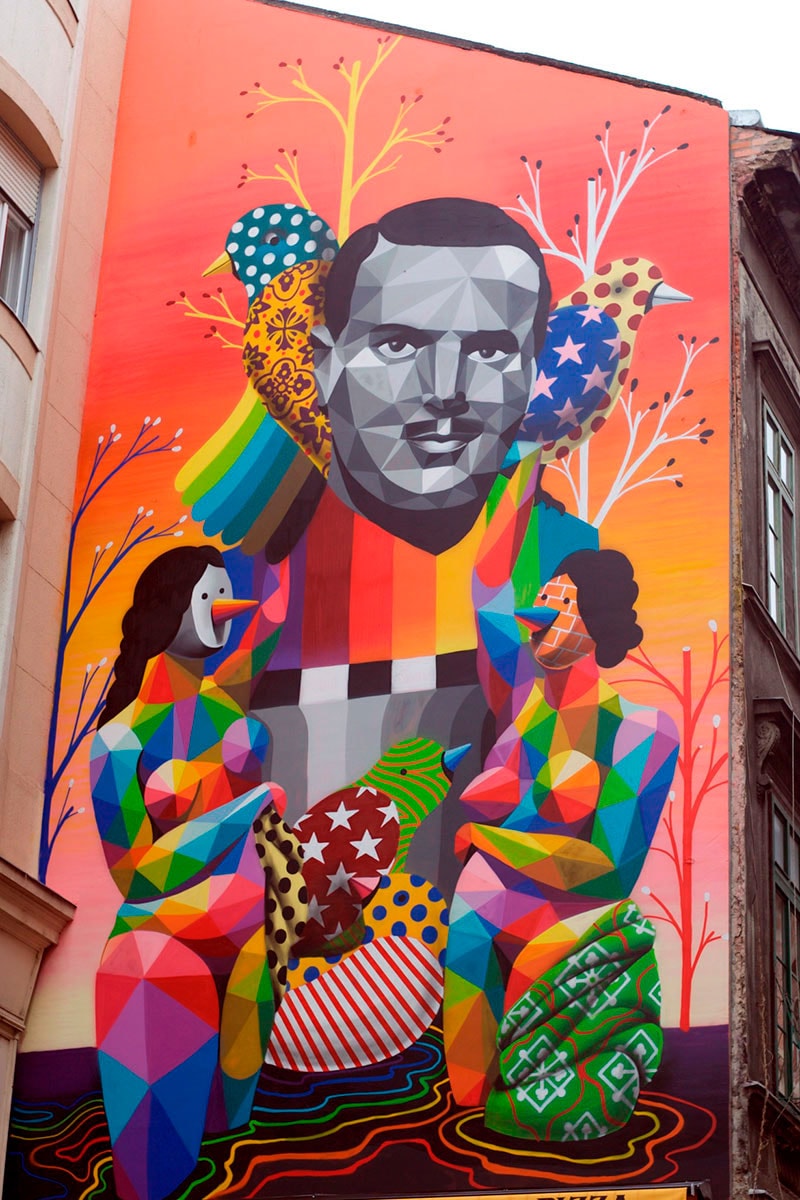 Okuda San Miguel’s latest mural, titled Bird of Freedom Paradise, is his contribution for ‘Murales para la Libertad’ (Murals for Freedom), a project curated by Ink and Movement in collaboration with the Spanish embassy in Romania. The purpose of this project is to pay homage to the Spanish diplomats that helped save jewish citizens during the second world war. This, Okuda’s latest and definite chapter was written between the 6th and 9th of June, 2017 in Bucharest. 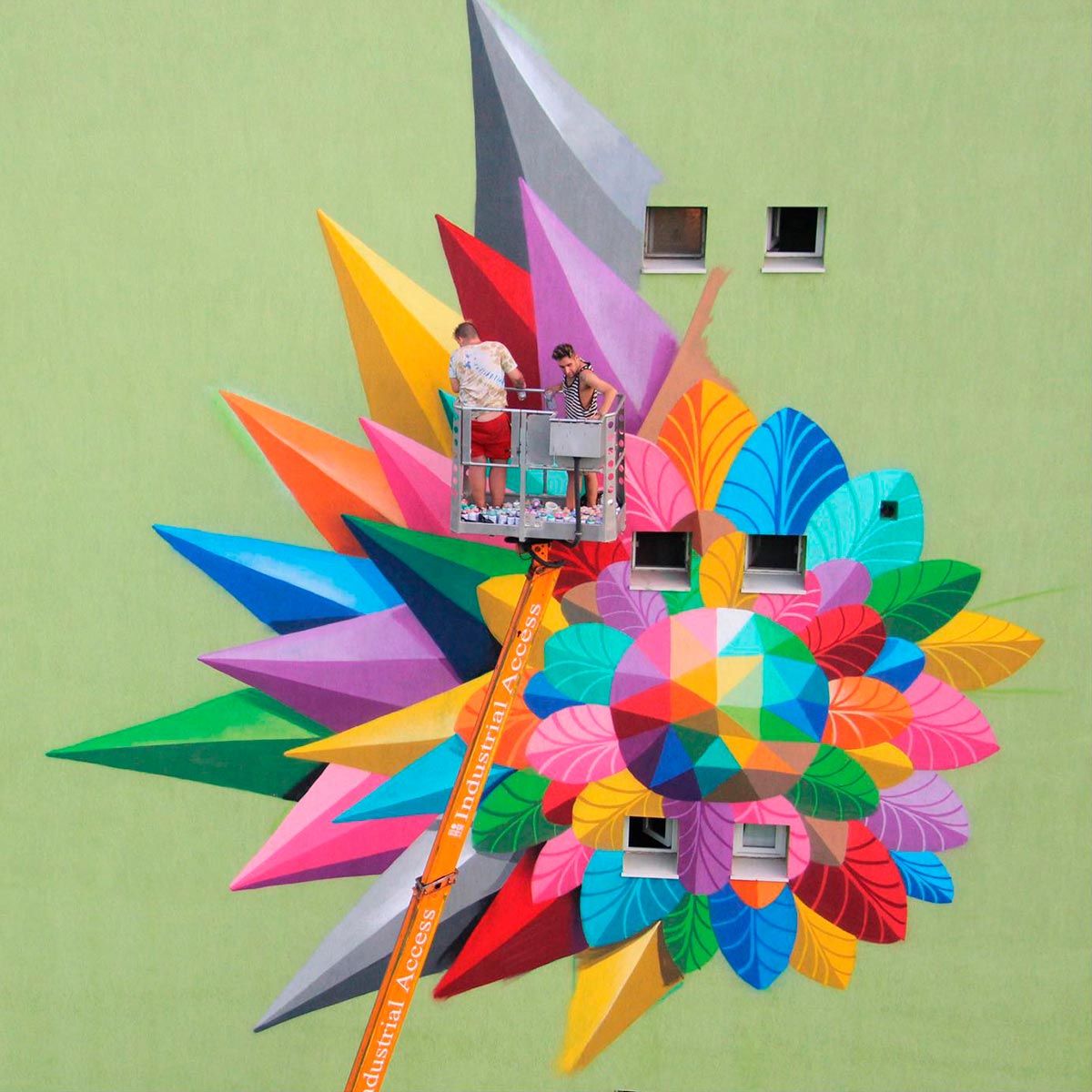 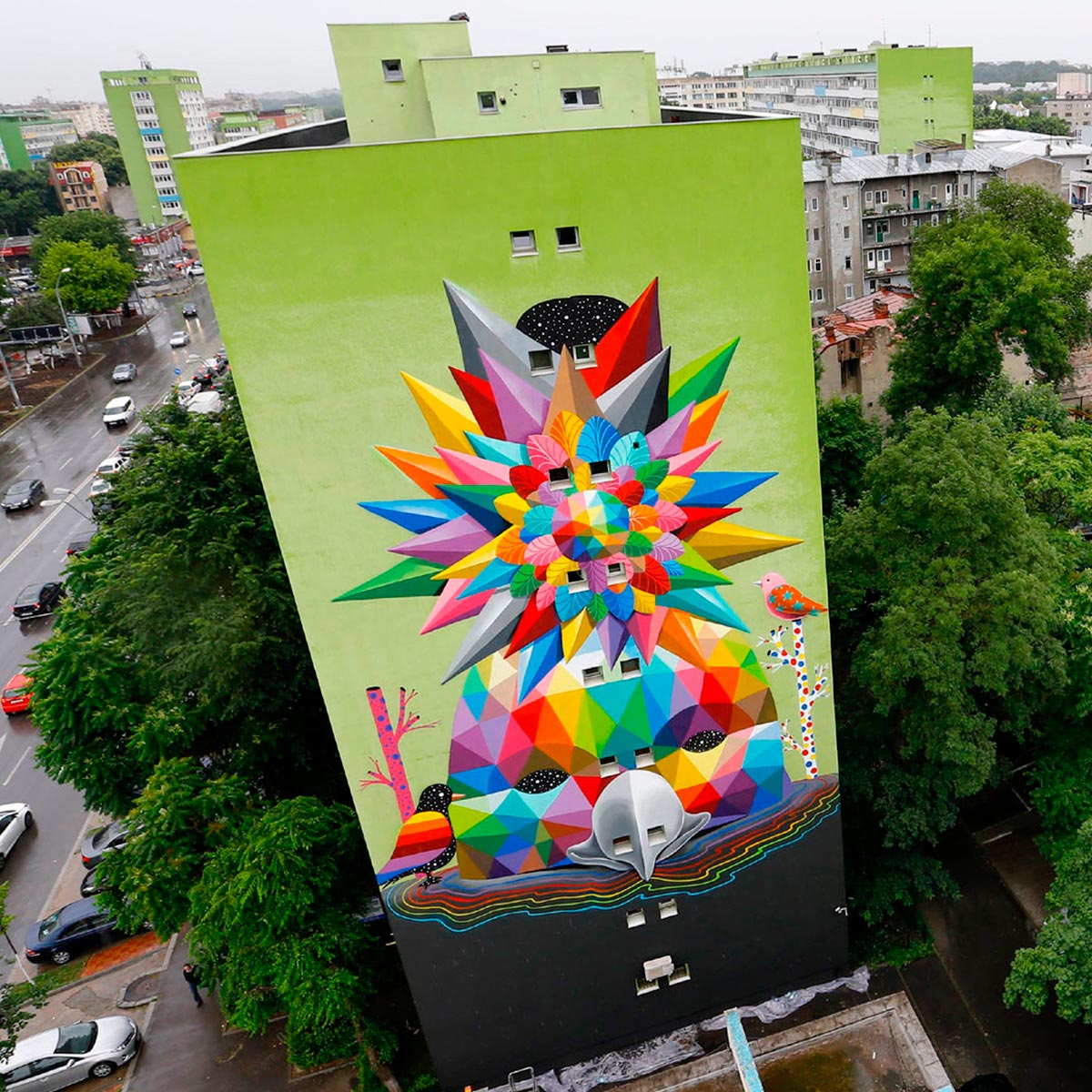