In August 2019 more than 60 artists gathered in the Moscow region for the first edition of the Urban Morphogenesis festival. Among them, Okuda San Miguel painted a 22 story facade (his second mural intervention in Russia’s capital city in a year), bringing to life an eye-popping mural painted in just under a week-time under the title “Flags of freedom”. Other artists included the also Spanish Sabek and or the mighty London Police. 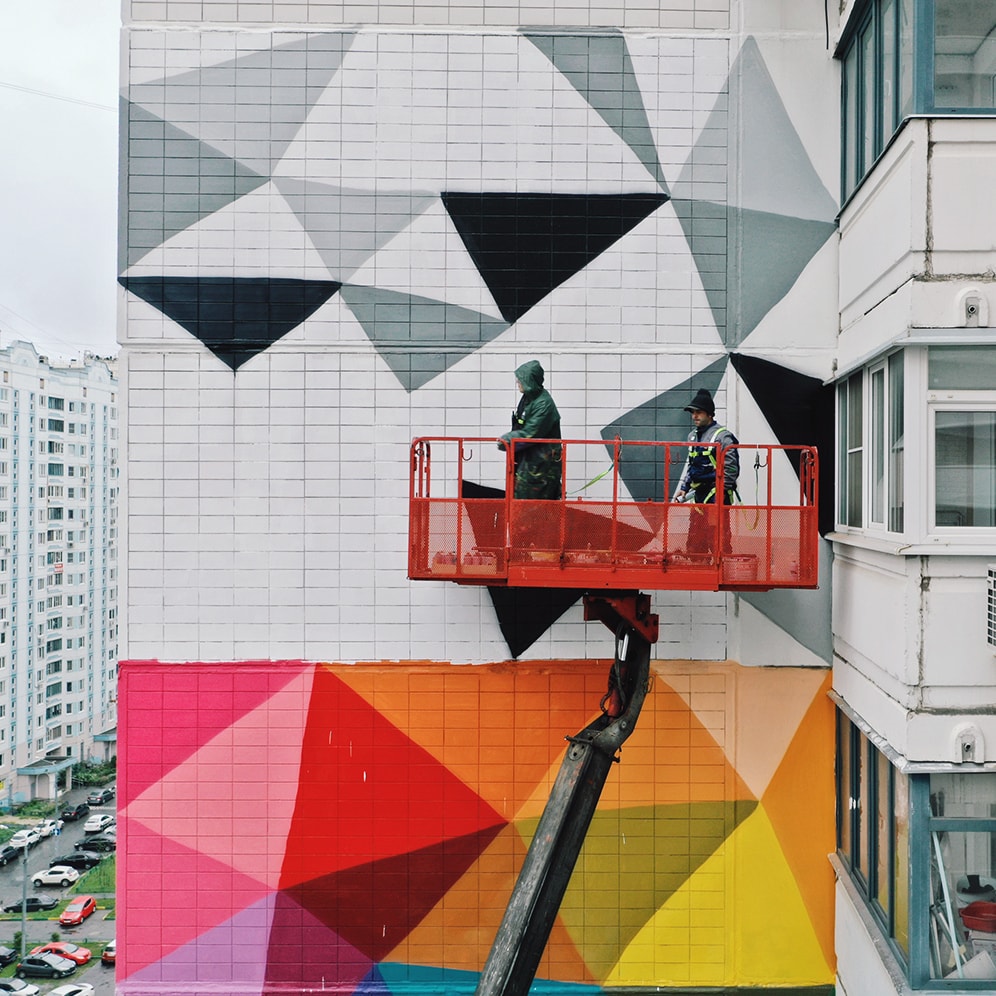 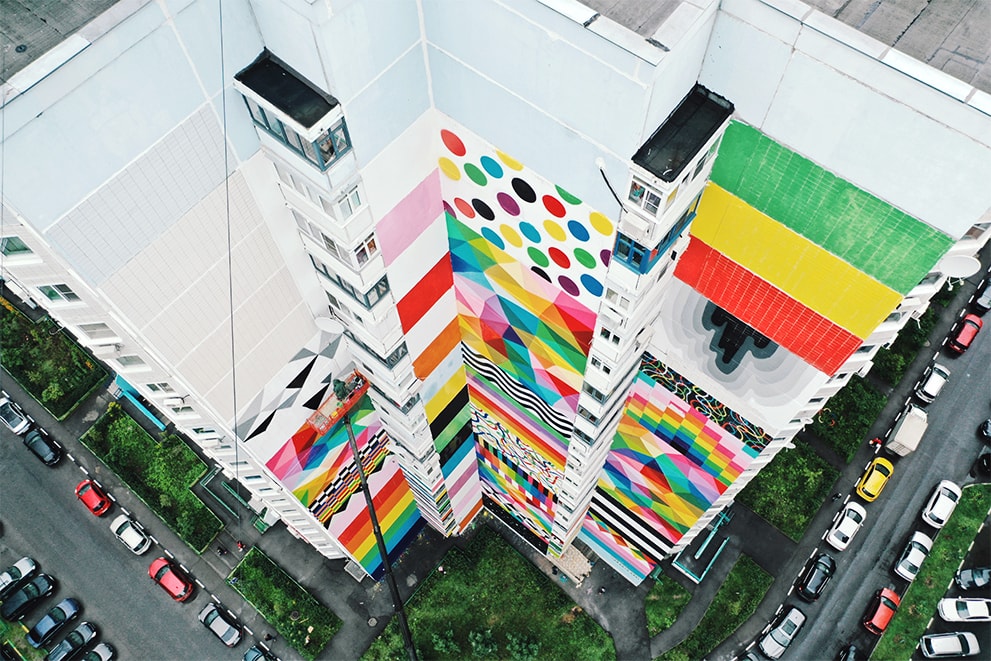 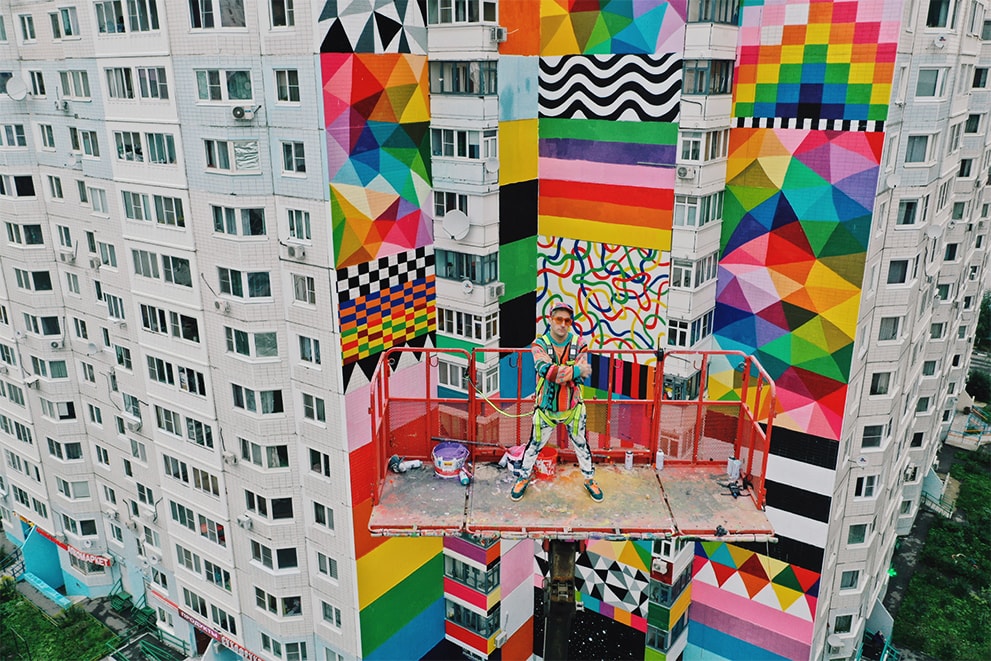 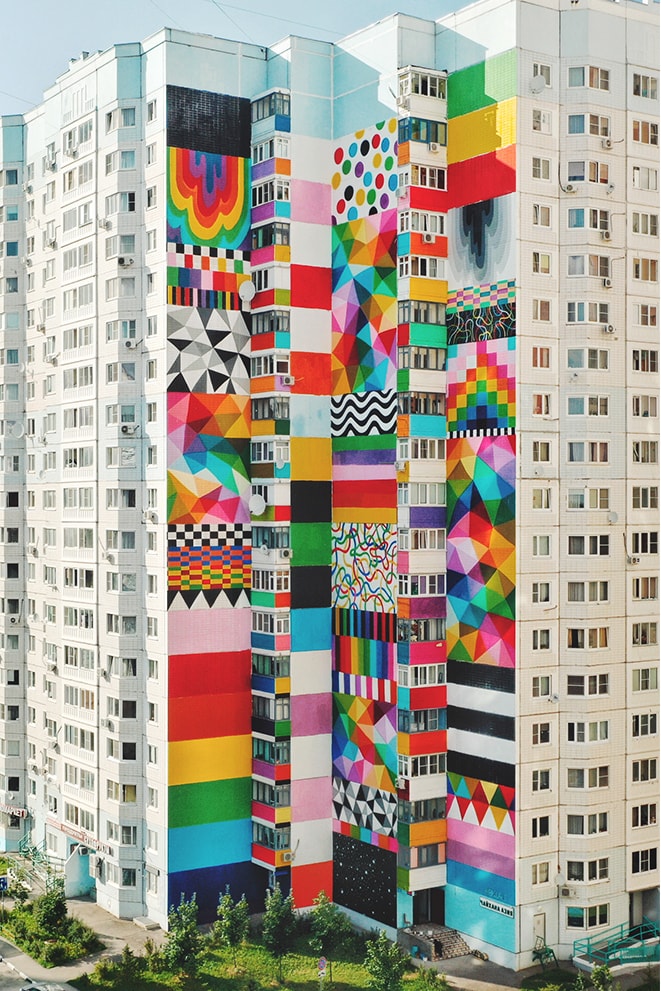 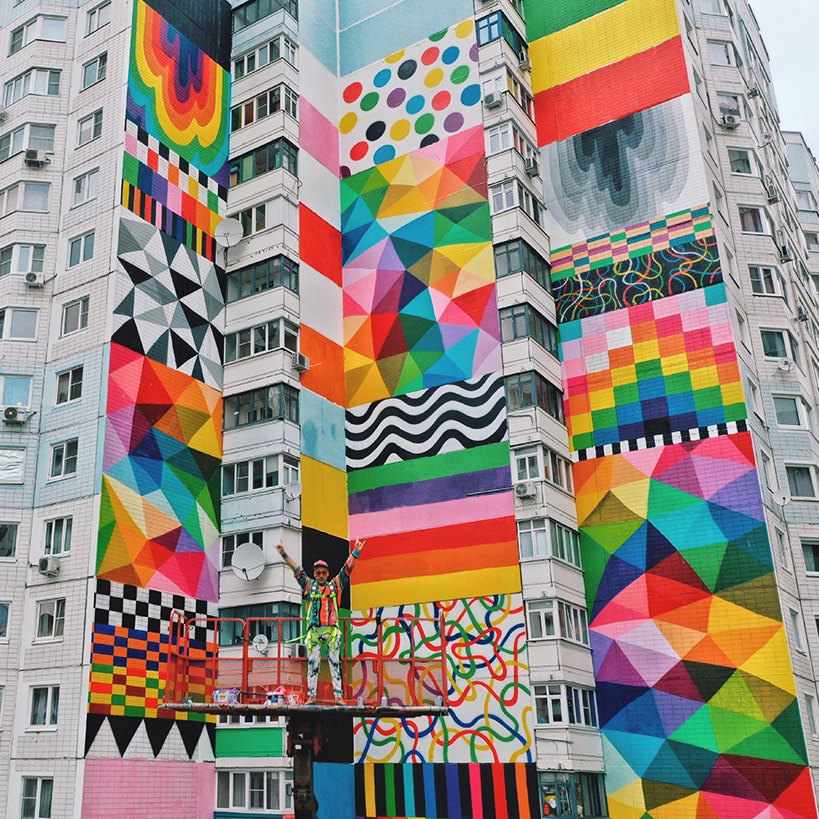 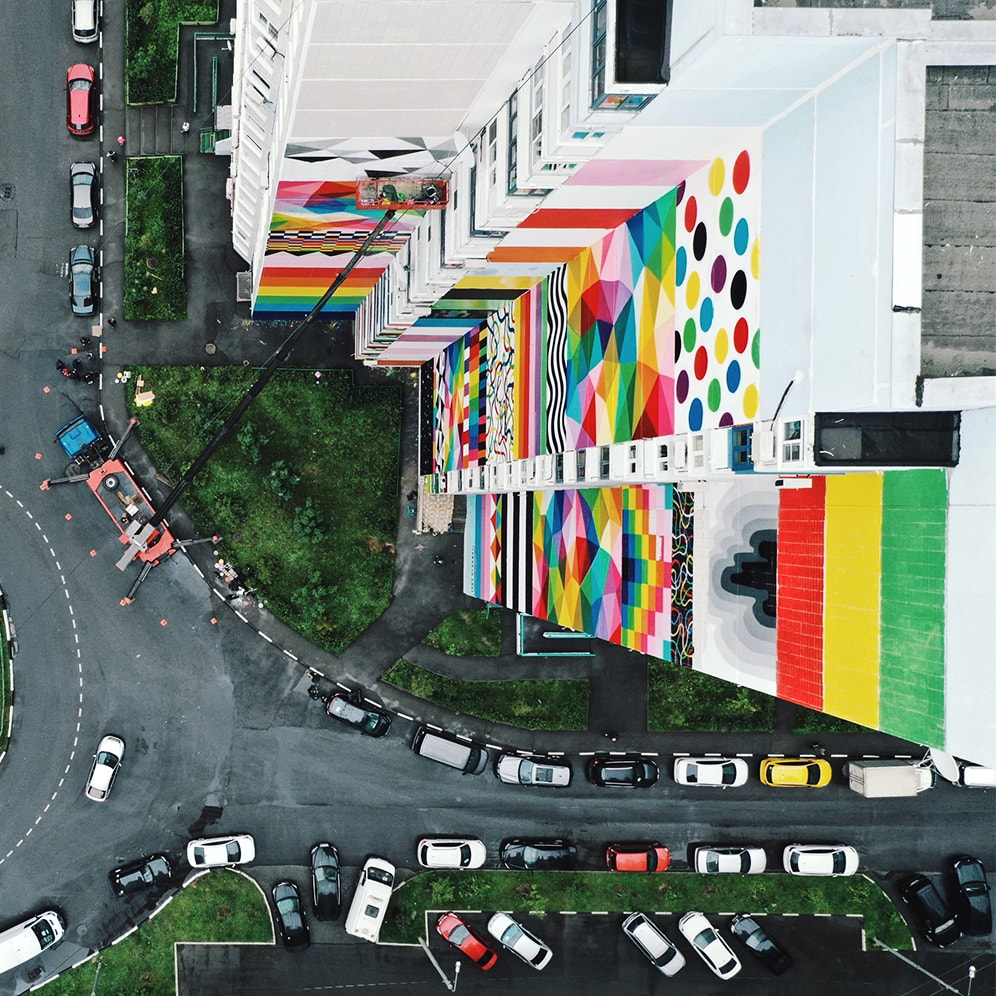